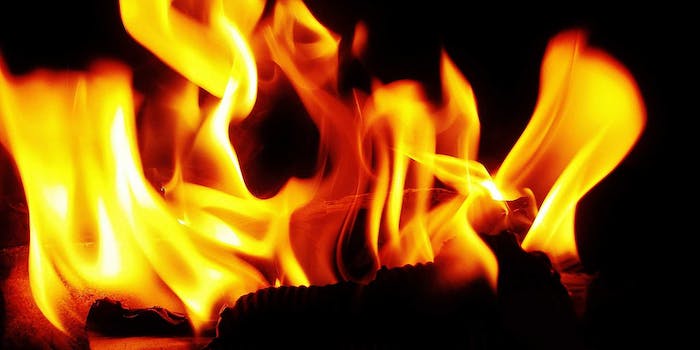 CNBC reports that although Fyre TV (NSFW) does not technically have the same name as Amazon’s new TV set-top box (it spells “fire” with a “y” instead of an “i,” ICYMI), the pornographic website apparently registered the firetv.com domain, assuming that visitors would mispell the name of their site.

Should Amazon be concerned that its new product shares a name with a hardcore porn streaming service? Apparently not: Fyre TV has never quite caught on even in the adult industry, due in large part to content producers’ reluctance to license their content to such websites for such a low price, so it’s unlikely that its sharing a name with one of the largest companies in the world’s newest product will result in War of the Worlds-type mass panic and confusion. But given all the breathless media attention that’s been devoted to Amazon’s Fire TV today, let’s all just bask in the amusing oversight.