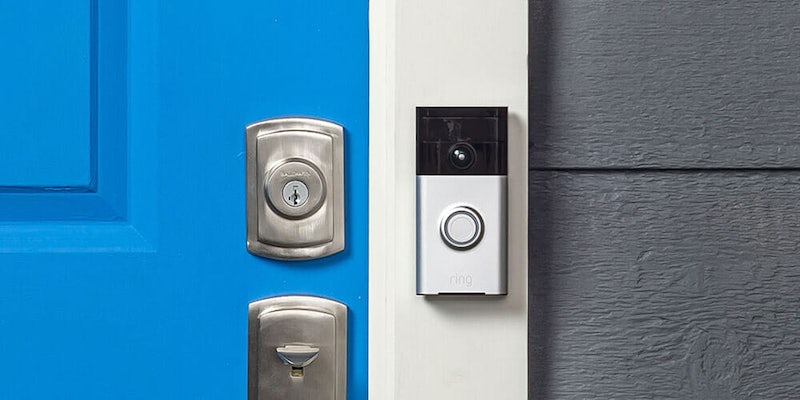 Amazon is defending its practice of using videos of suspected criminals in advertisements for its Ring home surveillance system.

The issue was first raised earlier this week after a user on Twitter posted a screenshot of one such ad featuring a woman accused of breaking into vehicles in Mountain View, California.

is it legal for ring/amazon to use faces of people, suspected BY THEIR CUSTOMERS to have done crimes, in an advertisement? especially given they havent consented or been convicted or anything. seems uhhh not right pic.twitter.com/a6SnOGT5dl

The sponsored post, which was targeted specifically toward Facebook users living near the scene of the alleged crime, shows the woman’s face as she grabs the door handle to a locked vehicle. Ring goes on to encourage anyone with information on the woman’s whereabouts to contact local police, who had also shared the video after receiving it from the camera’s owner.

Do you live in 94040 (or nearby)?Mountain View Residents: Do you recognize this woman?On May 22, this woman was caught on camera breaking into a vehicle at a Mountain View home near Castro St and Miramonte Ave.If you have any information on the whereabouts of this woman, please contact the Mountain View Police Department at 650-903-6344 (Case Number: 19-3742). And please share this post, so we can all stay alert.

In a statement to the Daily Dot, the Mountain View Police Department said it appreciated “any additional outreach on any of our cases where we are looking to identify suspects.” When asked if Ring footage had ever led to innocent individuals being falsely accused, the department’s public information officer stated that it is unaware of any video posts resulting in such an issue.

Amazon has capitalized on the viral videos its surveillance camera doorbells have captured after purchasing Ring last year. Footage of everyone from accused package thieves to polite deliverymen has raised the product’s profile significantly.

Ring also promotes alongside its doorbell an app known as “Neighbors,” a digital neighborhood watch that lets users share footage and discuss issues concerning crime in their communities. Some police departments are even offering citizens discounted or free Ring doorbells so long as they agree to provide officers with video if requested, although Amazon has discouraged law enforcement from offering such perks.

A Ring spokesperson told the Daily Dot that suspects only appear in sponsored posts, which the company refers to as Community Alerts, after the video owner and local police have been contacted.

“Ring’s Community Alerts help keep neighborhoods safe by encouraging the community to work directly with local police on active cases,” the spokesperson said. “Alerts are created using publicly posted content from the Neighbors App that has a verified police report case number. We get the explicit consent of the Ring customer before the content is posed, and utilize sponsored, geotargeted posts to limit the content to relevant communities. Community members can then directly share or post tips to help local police contact persons of interest or investigate crimes.”

The Daily Dot also asked legal experts about issues related to featuring individuals in advertisements without their permission but did not hear back at the time of publication.