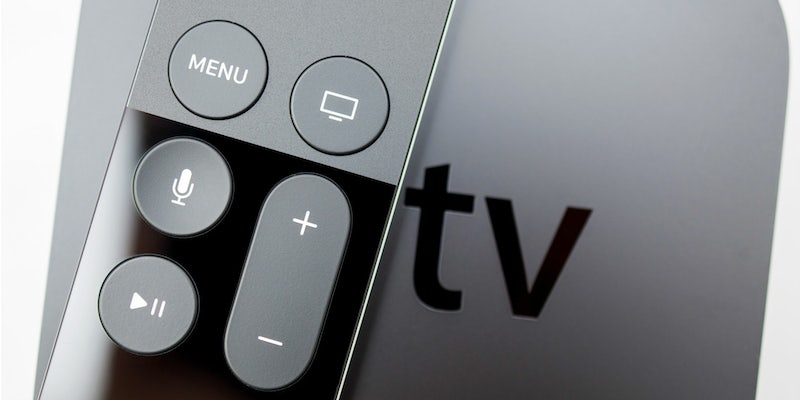 Amazon will start reselling the set-top box after a two year ban.

After years of quibbling, Amazon has finally agreed to make the Apple TV a whole lot better.

The Amazon Prime Video app is coming to its rival’s set-top box sometime this summer, according to a BuzzFeed report that cites “sources in position to know.” We should expect an official announcement of the long-awaited addition to the Apple TV App Store during Apple’s annual Worldwide Developer Conference on June 5 in San Jose.

There are tentative plans for the app to go live this summer, but BuzzFeed warns that any hard launch date is subject to change.

The news compounds last week’s Recode report, which says the two companies were close to an agreement to bring Amazon’s video app to Apple’s struggling set-top box, according to “people familiar with the two companies.”

Amazon Prime TV has been a frustrating omission for Apple TV owners, who have had to use the company’s clunky Airplay system to take full advantage of their Prime memberships.

Amazon will also start selling Apple TVs again, two years after it banned the device from its online marketplace after making the excuse that Apple TVs and Google Chromecasts sold through its site inspired “customer confusion.” Either customers are smarter these days, or Amazon is OK letting a good chunk of Apple’s 37 million TV customers download its app.

Whatever the case, a truce between these two giants marks a huge win for consumers.

Update June 5, 1:53pm CT: As expected, Amazon’s Prime app will officially be coming to Apple TV. Apple announced the highly anticipated addition to its streaming device at its WWDC 2017 event. The company did not provide a specific release date, but the Amazon Video Twitter account says it will be available “later this year.”