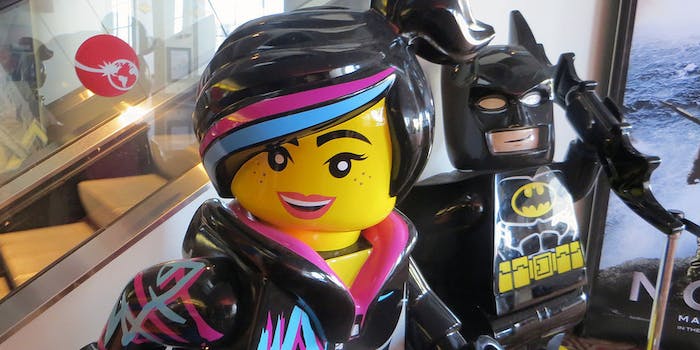 All is not awesome between Amazon and Warner Bros.

Warner Home Videos, the arm of the studio responsible for physical media, has had all of its pre-order titles alongside The Lego Movie similarly suspended. According to the Verge, this suspension has been in place since mid-May. Both Amazon and Warner have refused to comment on the ongoing drama.

These recent pricing issues are not the first time Amazon has had conflicts with suppliers. But both suggest publishers are finally taking a stand against what many call Amazon’s aggressive pricing policy. The demand for even lower prices from Jeff Bezos’s brand is possibly an aftereffect of the recent fall by 15 percent in Amazon’s share price over the last six months.

In the meantime, all customers can do is sign up for an email notification for when films like The Lego Movie will be back on the virtual shelves.

Photo via danieljsf/Flickr (CC BY 2.0)