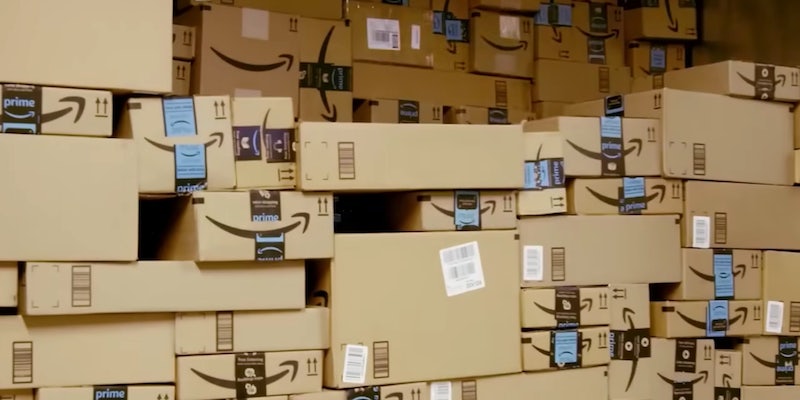 ‘Amazon is a serial killer’: Lawyer calls out tech giant over alleged sale of ‘suicide kits’

'I'm f**king disgusted by how many more lawsuits we're going to be filing.'

This story contains depictions of suicide.

A lawsuit against Amazon continues to gain momentum as more and more families accuse the tech giant of selling “suicide kits.”

In a lengthy Twitter thread on Thursday, Carrie Goldberg, an attorney with the New York-based law firm C.A. Goldberg, PLLC, detailed the growing number of plaintiffs who say their children committed suicide with products suggested by Amazon.

The first lawsuit, filed in Washington state in early February, centered around an individual who purchased a highly-potent chemical from Amazon to take his own life. Goldberg argues that the chemical at that level of concentration serves no household purpose and is sought primarily by those looking to end their lives.

To make matters worse, Amazon, according to Goldberg, was bundling the chemical with other items clearly intended for use in suicide. Those who looked up the chemical were also shown an antacid that would help them avoid throwing up, a scale for measuring, and the Amazon Edition of a book described by Goldberg as “a suicide manual with an entire chapter on how to die” with the very chemical sold on the e-commerce site.

Goldberg’s case was eventually brought to the Department of Justice and Congress. A bipartisan group of lawmakers at the time even sent a letter to Amazon demanding answers. Yet despite the complaints, Goldberg says Amazon’s lawyers stated that the platform would continue to sell the chemical as they could not be held liable for the decision by some consumers to use the product to take their own lives.

Goldberg described Amazon’s response as a major turning point in her life where she concluded that Amazon was “a serial killer.”

“Amazon’s decision to continue selling the suicide product was not out of ignorance or obliviousness,” Goldberg said. “It was an intentional counseled decision.”

Even more shocking, Goldberg says that just two weeks after Amazon’s remarks, a 17-year-old boy from Santa Cruz, California, used the exact same product to take his life. The boy’s parents would later learn of Goldberg’s lawsuit out of Washington state and successfully join as plaintiffs.

As the case worked its way through the legal system, Goldberg says she learned of even more suicide cases involving products from Amazon. The tech giant even appeared to be advertising the antidote to the chemical on its platform as well, she claims.

While Goldberg says she tried to temporarily keep the court case out of the news over concerns for the plaintiff’s wellbeing, she ultimately chose to grant CBS and 60 Minutes access to details about the case.

Goldberg claims, however, that despite weeks of promises from the news outlets, the story would eventually be pulled at the last minute. CBS reportedly claimed that it was concerned about the report leading to more suicides, despite covering the topic of suicide in the past.

Goldberg says one of her clients believed that CBS, which has an advertising partnership with Amazon, made the decision for financial reasons.

“I’m fucking disgusted by how many more lawsuits we’re going to be filing,” Goldberg added.

Goldberg said in closing that she hopes her Twitter thread brings more attention to the issue as her case slowly moves forward.