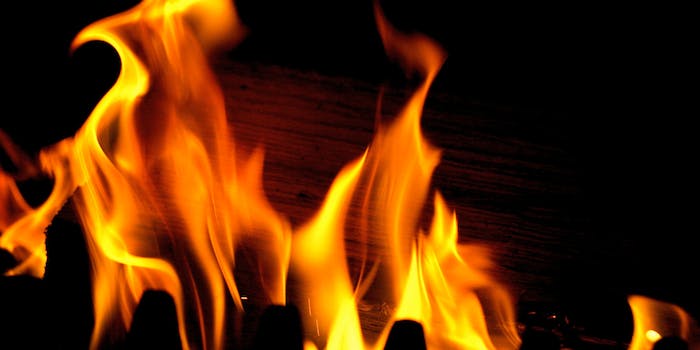 To recap: Earlier this month, Amazon launched a much-anticipated media streamer called FireTV. At the time, some eagle-eyed tech/porn aficionados noticed that Amazon’s newest product shared a name with FyreTV, a product based on similar technology that also features a library of thousands of streaming adult titles. Those interested in purchasing Amazon’s set-top box via FireTV.com were inadvertently being led to the pornographic website, which had registered that domain name back in 2008.

At first, you’d think the snafu would reflect more poorly on Amazon than its pornographic namesake. After all, Amazon ostensibly has a team of legal sharks on hand to prevent such mix-ups from happening, and one would assume that as soon as the similarities between the two names were discovered, more than a few Harvard Law-educated heads would roll.

In their lawsuit, however, Wreal alleges that Amazon knowingly infringed on the FyreTV name, as Amazon’s initial name for the set-top box, FireTube, was initially rejected by the U.S. patents and trademarks office. Now, Wreal is requesting damages for trademark infringement, false designation of origin, and unfair competition, alleging that the company’s continued use of the moniker “has caused, and will continue to cause, serious irreparable harm to Wreal’s established business.”

To that end, they’re seeking a cut of the profits Amazon made from its use of the FireTV name. To which we would like to respond with the immortal words of Marco from Tropoja from Taken: