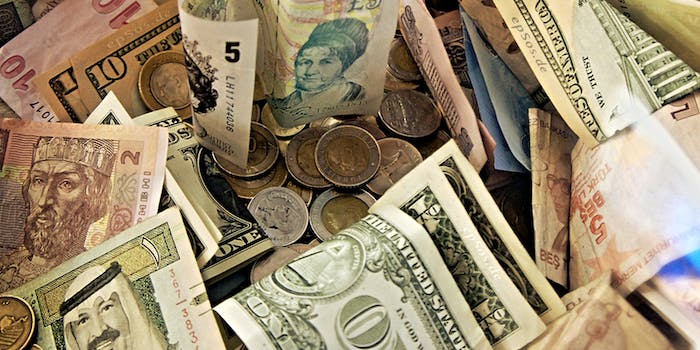 Amazon allows you to give .5 percent of all purchases to charity. They just don't tell you about it.

Sixty-five percent of shoppers in the U.S. will do their holiday shopping online this year. Presumably (and perhaps unfortunately) much of this shopping will happen on Amazon.com. Here’s a trick to giving a bit back to charity as you shop.

Shopping on Amazon is a moral mixed bag. On the one hand, it’s fast, it’s cheap, and it comes right to your door. On the other, one has to question the wisdom of individually wrapping and shipping each item, not to mention the low wages paid to the workers doing that wrapping. And many in publishing blame the behemoth bookseller for the destruction of the industry (though there is some debate over that contention).

If you want to curb some of your guilt, check out the site’s strangely underpublicized feature , Smile. Apparently, by simply visiting smile.amazon.com 0.5 percent of purchases are donated to the charity of your choice. From what I can tell, there is no functional or product difference between Smile and the regular Amazon site. One simply gives money to charity, while the other doesn’t.

That’s sort of odd, when you think about it: Why not just always donate 0.5 percent of purchases to charity? It get’s stranger. Finding Smile is actually surprisingly difficult. In fact, it doesn’t even appear to be mentioned on the homepage. A text search for “smile” comes up blank, in fact. Even in its charitable givings, the morally ambiguous Amazon is, well, ambiguous.