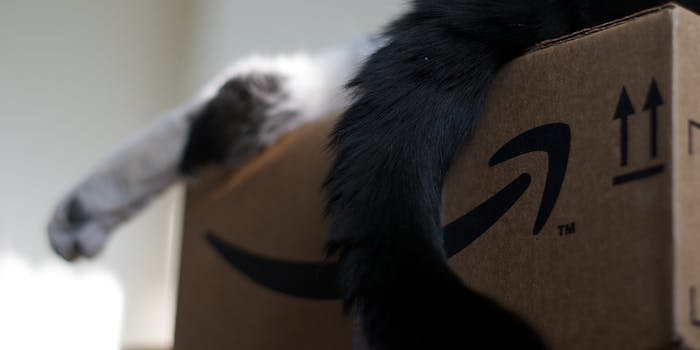 Amazon just launched a programmable button for everything

Amazon Dash buttons conveniently connect to your Amazon account for one-touch ordering of everything from macaroni and cheese and cleaning supplies. Now, they can officially be made to do, well, pretty much anything.

The company launched a programmable Dash button on Friday, turning the popular one-touch hardware into a tool for things like ordering pizza, turning on lights, and even tweeting.

The internet connected device will let users manipulate the so-called internet of things, pushing forward the idea that everything in our lives will be able to digitally communicate and control all the services and utilities we need.

Curious makers have already hacked official Amazon Dash buttons to do things they weren’t made to do. One savvy developer turned his Huggies button into an automated data tracker for his baby.

But now Amazon is providing buttons that will do pretty much anything without requiring the user to write code specific to the device. Developers can make buttons that control apps and services remotely, and even pair with Alexa, Amazon’s voice service that powers the Echo personal assistant. Earlier this month, one engineer programmed Alexa to control his Tesla—theoretically, he could now turn on Tesla’s summon feature with literally the touch of a button in his home.

In the device documentation, Amazon explains:

The button can be used as a remote control for Netflix, a switch for your Philips Hue light bulb, a check-in/check-out device for Airbnb guests, or a way to order your favorite pizza for delivery. You can integrate it with third-party APIs like Twitter, Facebook, Twilio, Slack or even your own company’s applications

The programmable Dash button is already sold out, and there’s no word on when Amazon will open up orders again, but soon it could be another way for developers to create tools on the internet of things that let us open up and control devices and software in a relatively simple way.