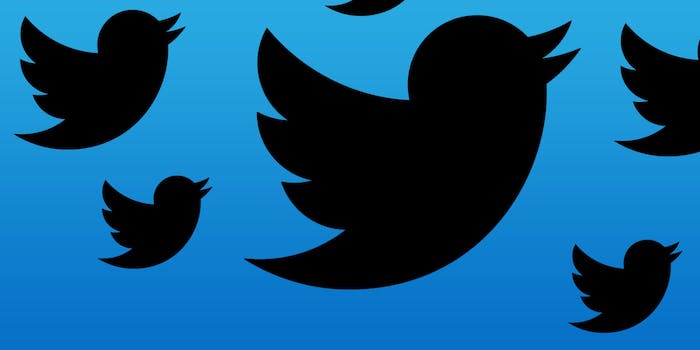 American teen sentenced to 11 years for helping ISIS on Twitter

In addition, Amin's Internet usage is to be monitored for the rest of his life.

A Virginia teenager charged with aiding Islamic State militants on Twitter was sentenced to more than 11 years in prison on Friday.

Ali Shakri Amin, 17, pleaded guilty on June 11 to providing material support to the Islamic State, also known as ISIS or ISIL. The Virginia teenager admitted using Twitter to “provide advice and encouragement to ISIL and its supporters,” according to the U.S. Justice Department. Amin also admitted to helping another teenager, 18-year-old Reza Niknejad, travel to Syria to join ISIS in January 2015.

Using the Twitter account @Amreekiwitness, Amin provided instructions on how to use Bitcoin to anonymously funnel money to support ISIS, according to court documents. In blog posts, he recommended using Dark Wallet, browser-based software that enables users to anonymously transfer and store Bitcoin.

“Amin’s case serves as a reminder of how persistent and pervasive online radicalization has become.”

Amin was sentenced to a total of 136 months in prison, to be followed by a lifetime of supervised release.

In a statement released on Friday, U.S. Assistant Attorney General Carlin said that ISIS uses social media to “radicalize, recruit, and incite youth and others to support their cause,” adding: “More and more, their propaganda is seeping into our communities and reaching those who are most vulnerable.”

ISIS has been known to use encrypted software to mask their online communication from law enforcement surveillance. And social media is one its primary tools for recruitment, officials say. The organization often circulates violent and grotesque videos depicting human executions over platforms such as Facebook and Twitter.

A barbarous short film attributed to ISIS in June showed a group of men in a cage being drowned in a swimming pool. Underwater cameras were attached to the bars to capture footage of the men as they died. Another segment showed four men being placed in a car before it was exploded with a rocket-propelled grenade.

Andrew G. McCabe, an assistant director at the Federal Bureau of Investigation’s Washington field office, called Amin’s sentencing on Friday a “personal tragedy” for his family and community. “Amin’s case serves as a reminder of how persistent and pervasive online radicalization has become,” McCabe said.

An estimated 3,400 Westerners have gone to join ISIS in its bloody quest to establish an Islamist state in Iraq and Syria, said Nicholas Rasmussen, director of the National Counterterrorism Center.