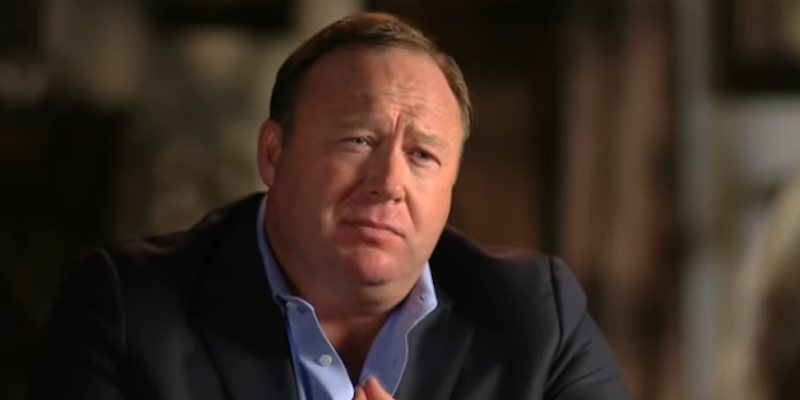 Jeremy Richman was involved in a lawsuit against Jones.

Richman was one of several plaintiffs involved in a defamation suit against Jones. Several family members of the shooting victims contend that conspiracy theories spread by Jones about the event’s legitimacy made them targets for harassment campaigns. Last year, nearly every major tech, streaming, and social media site removed Jones’ content from their platforms because of InfoWars’ excessive reliance on false claims and hatemongering.

After 26 students and educators were gunned down at the Connecticut school, Jones began broadcasting claims that the shooting never occurred. He repeatedly called families of the victims such as Richman “crisis actors” who were in on the government “hoax.” The suit alleges Jones’ claims resulted in “malicious and cruel abuse” from fans of the show against the victims’ families.

Police reported Richman’s apparent suicide Monday. During a broadcast later that day, Jones questioned the findings on his broadcast and floated the idea that it could have been a murder.

“I mean, is there going to be a police investigation?” Jones said. “Are they going to look at the surveillance cameras? I mean, what happened to this guy? This whole Sandy Hook thing is, like, really getting even crazier.”

Jones also suggested the plaintiff’s apparent suicide may threaten his chance at a “fair trial” in the lawsuit. He went on to claim, without evidence, that the suicide’s timing was coordinated to steal special counsel Robert Mueller’s spotlight. Mueller’s report on possible Russian influence in the 2016 election was submitted on Friday.

“Look, the good news of no collusion, the good news that I’m not a Russian agent comes out, and now this happens right on time. Just amazing,” Jones said as his broadcast featured a picture of Richman’s deceased daughter.

Jones also used the news of Richman’s suicide to remind his audience he never explicitly stated Richman’s name on his broadcast, and therefore wasn’t responsible for his or any other family’s harassment.