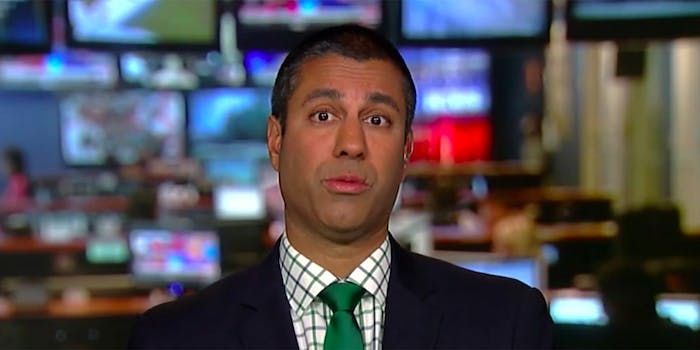 The investigation surrounds a decision the FCC made in April.

Federal Communications Commission (FCC) Chairman Ajit Pai is reportedly being investigated by the FCC’s inspector general to see whether he pushed for rule changes to allow television broadcasters to increase the number of stations they own to benefit Sinclair Broadcasting, a group that has been criticized for having a right-wing agenda.

Rep. Frank Pallone (D-N.J.) told the New York Times that he has been “trying to get to the bottom” of Pai’s relationship with Sinclair.

“I am grateful to the FCC’s inspector general that he has decided to take up this important investigation,” he told the newspaper.