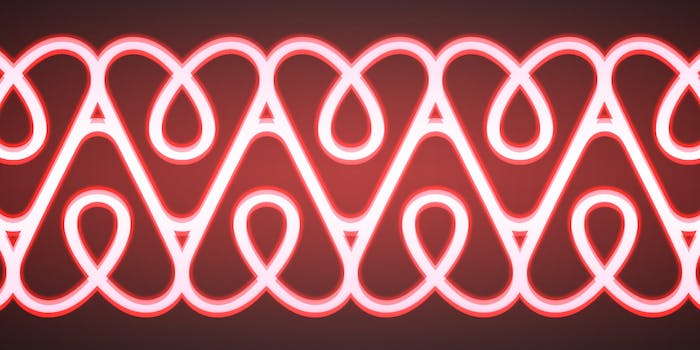 If your neighbor is misusing Airbnb, you can tell the company.

Airbnb wants neighbors to sort out inappropriate housing situations among themselves, so it’s turning to neighbors to act as a watchful eye.

On Tuesday, the vacation home rental company unveiled a new resource that’s something of a neighborhood watch for Airbnb rentals. Neighbors can report on people in their communities who might be engaging in unsafe, loud, or other concerning activities via an Airbnb rental.

Usually it’s the guests who rent out the apartments that cause problems—renters have damaged houses, thrown raucous parties, and left people to deal with the clean up. Now, if neighbors see people abusing homes, they can report it to Airbnb. Additionally, they can call out neighbors for illegal rentals through Airbnb.

Reporting a potentially illegal rental through Airbnb isn’t the same as reporting it to the city authorities. Cities around the country have been pushing for more regulations regarding Airbnb and other home vacation rentals. In San Francisco, the company is cracking down on illegal rentals after pressure from activists and regulators, and in New York, it eliminated 1,500 listings from its site before releasing data to the public. Austin officials recently voted to further restrict short-term rentals in the city, a blow to rental companies like HomeAway and Airbnb.

Airbnb makes it clear in its neighbor reporting feature that it wants neighbors to figure out issues amongst themselves. In a blog post, the company explained:

Neighbors can submit information without having their name disclosed to a host or allow our team to pass along their contact information so the host can follow up with them directly. Once a neighbor submits feedback, we will send a confirmation email, along with a case number.

We’ll treat each case seriously and ensure that we give hosts and their neighbors the opportunity to resolve concerns themselves, whenever possible.

This community monitoring might prevent people from escalating reports through more official channels. But previous experiments in digital neighborhood watching show us it’s not always the best solution.

Nextdoor, a social network for communities, hosts forums that let neighbors complain, post lost-and-found items, and post about suspicious activity. The site that was created to foster and encourage community engagement has since turned into a hotbed for racial profiling in cities across the country.

Airbnb says that once a neighbor reports a complaint, either anonymously or with personal information to share with a host, they will review it and follow up with the host if it matches an active listing. If hosts are found to be violating Airbnb’s rules they could be kicked off the platform.