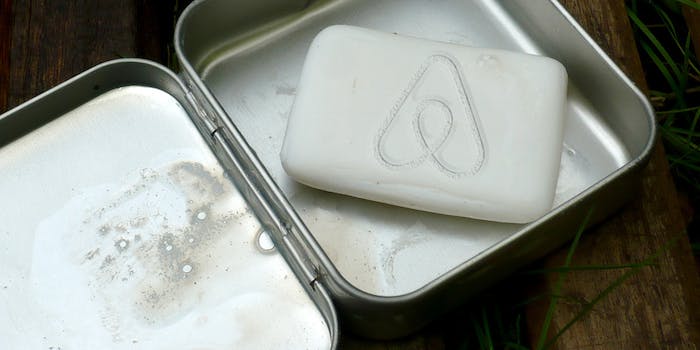 Airbnb takes off in tech-friendly Africa

In the last year, sub-Saharan Africa listings on the service have doubled and the number of users have increased by 145%. Although technically, Airbnb was open to Africa listings when it debuted in 2008, rentals there really began during the 2010 World Cup, which took place in South Africa.

“Although we have already been experiencing strong organic growth in the region, we decided earlier this year to start to build a team to further accelerate this growth,” Nick Wilkins, the Europe, Middle East, and Africa head of communications for Airbnb told the Daily Dot.

The picture of Africa as a dangerous, unstable place, struggling with unfixable poverty has started to crumble in the face of a spectacular blossoming of entrepreneurial spirit. Four years ago, Africa had three tech hubs. It now has over 200.

According to Wilkins, a technical entrepreneurial community is often a driving force to develop their host base.

That said, there are obstacles which will need to be negotiated.

“Internet connectivity and payments are definitely challenges we need to address,” said Wilkins, “but we’re confident about finding solutions. We found similar challenges in Cuba for instance which we were able to work around and it’s now our fastest growing country.”

Airbnb plans first to hire up for their Africa team. Then, Wilkins said, they’ll be meeting with their host communities, to gather their input on local factors Airbnb will need to factor into their growth plans. They’ll be putting special focus on South Africa and Morocco, their largest and second largest markets, and Kenya, which has an extremely strong tech community.

One of the obstacles many companies worry about when it comes to Africa is the regulatory culture. But Simeon Oriko, co-founder of Kenya’s Jamlab, told Daily Dot he doesn’t believe it will be that big of a problem for Airbnb.

“I don’t think it will affect it that much,” he said. “Most regions in Africa have similar regulatory cultures. If they adopt a regional strategy, it should work for the most part. Also, the entrepreneurial spirit sweeping the continent now will create pressure for authorities to create suitable regulations that favour businesses like Airbnb.”

Another issue is the difference in the technological profile of the continent, vs. the U.S. and Europe. Africa has little traditional Internet infrastructure but an extremely high rate of mobile phone use, including feature phones. In anticipation of this, at the end of last year Airbnb redesigned their web so it would render better on phones beyond their iOS and Android apps.

Finally, the lack of a strong, accessible banking system for a lot of Africans, Airbnb will have to deal with alternative payment tools, like the mobile payment system M-Pesa. Wilkins noted that his company has had good luck integrating with alternative local payment systems like Alipay in China, so will be examining all such options in Africa.

If Kenya is an indicator at all, the timing seems good.

“I’ve seen a lot of people in Nairobi with 2+ bedrooms use Airbnb to advertise for roommates/short stay visitors,” said Oriko. “There’s a property boom in Nairobi (but I’m not sure it matches the demand) and the competition that creates will drive some to find better advertising/marketing models and platforms—Airbnb included.”

People come to Africa for tourism, to see the savannahs and their big, wild animals. But things are changing. According to the African Development Bank, it is not just the usual suspects that are seeing tourist interest. Among the top ten fastest growing African tourism destinations include Togo, Chad, and Cameroon. In addition to tourism, and people cycling through the many nonprofits that blanket the land, business travel is becoming a more important sector.

As Africa becomes more economically vital and Africans continue to drive their own future, that sector, including intra-African business travel, will become increasingly important.

The folks who initially take advantage of this expansion are likely to have a growing tech culture in common, not to mention a middle-class background. As less technically devoted people adopt Airbnb, the cultural shift that will inspire among Africans will be increasingly difficult to anticipate—and that’s when things start getting interesting.