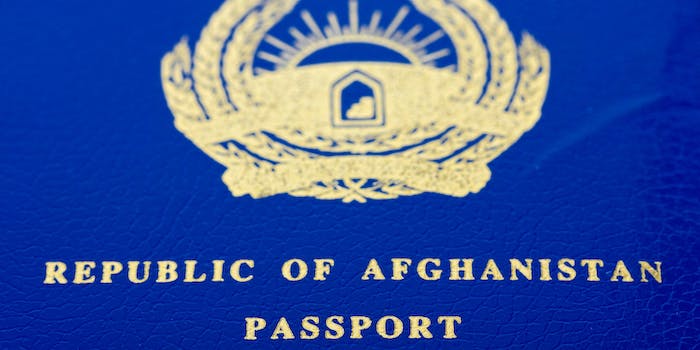 But they aren't giving up.

Six teenage Afghan girls were denied one-week visas into the United States to compete in a global robotics competition—but that won’t keep the resilient group from going for gold.

According to Forbes, team members were prepared to represent Afghanistan at the FIRST Global Challenge in Washington, D.C. in July before being denied visas at the U.S. Embassy in Kabul. The all-girls team risked traveling twice across the country—500 miles from their hometown of Herat—to seek short-term entry into the U.S.

Roya Mahboob, the first female tech CEO in Afghanistan, and the leader of the girls robotics team, told Forbes the girls cried all day when they found out they wouldn’t be attending. “It’s a very important message for our people. Robotics is very, very new in Afghanistan.”

As Forbes points out, the girls’ odds of being accepted weren’t in their favor. Only 32 of the travel visa types the team was hoping to obtain were granted in April this year, according to State Department records. That figure is much lower than neighboring countries.

Instead of throwing in the towel, the six girls are now working to complete their ball-sorting robot in time for the competition. The team will be able to see their robot compete through video conferencing. First Global President Joe Sestak told Forbes he is disappointed that the “extraordinarily brave young women” would not be present at the event.

The international robotics competition will bring together teams from more than 100 countries to solve problems regarding access to clean water around the world.