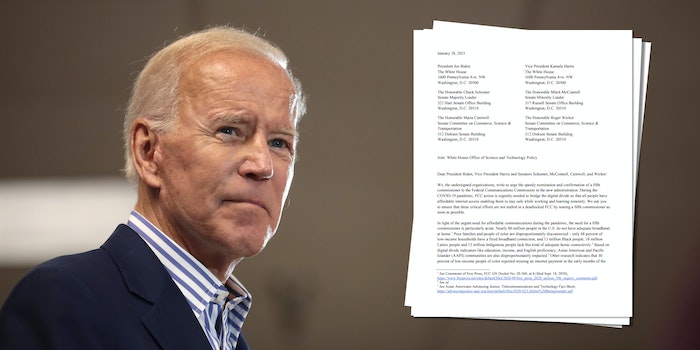 The groups say filling out the FCC is critical for the necessary work to get done.

A coalition of more than 30 advocacy groups are calling on President Joe Biden and congressional leadership to fill the final vacancy at the Federal Communications Commission (FCC) immediately.