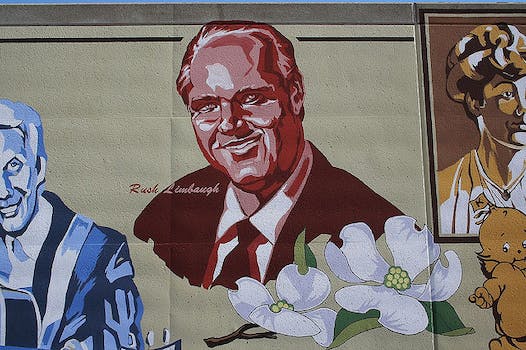 Now that anger online has subsided, advertisers are tuning back in to Limbaugh's controversial radio program.

In early March, Rush Limbaugh created national controversy by calling a law student a “slut” for wanting contraceptives included in her health care coverage. His comments resulted in at least eight major advertisers, including AOL, withdrawing funding from his radio program.

Now that the Internet’s anger has subsided, however, it appears as though advertisers are returning for Limbaugh, and users of the social news site Reddit are claiming “we told you so.”

“On Monday, the 600 or so radio stations that air Limbaugh’s program were told by his syndicator, Premiere Radio Networks, to resume running ‘barter’ ads during his program,” reported the Washington Post. “Stations are required to run these ads in exchange for paying discounted fees to Premiere to air Limbaugh’s show. Premiere, which is owned by radio giant Clear Channel Communications, had suspended the ‘barter’ requirement for two weeks in a move widely seen as a way to give advertisers a chance to lie low while Limbaugh was in the news.”

That same Washington Post article was posted on Reddit, where more than 1,000 people put Limbaugh’s advertising situation into perspective. Some people called the outcome “inevitable,” while others explained how the shows 14 million listeners (roughly) are too hard to ignore.

“Why wouldn’t they come back? They market their products to the demographic who listen to Rush,” commented cutigers823. “Most of these people weren’t offended by what he said, and still listen everyday.“

“None of the people who actually listened to Rush believe he said anything wrong – he didn’t lose viewers over the shit-storm a political activist and the media brewed up together,” wrote NicknameAvailable. “No loss in audience = no need to lose advertisers (especially when the audience is dedicated enough that if an advertiser cuts him, they would immediately close any open accounts they have and find another service provider).”

Other redditors compared Limbaughs situation to fellow radio host Don Imus. In April 2007, after Imus called the Rutgers University women’s basketball team “nappy-headed hoes” live on the air, CBS Radio cancelled the the 71-year-old’s program. But about four months, Imus signed a contract with Citadel Broadcasting to revive his show, “Imus in the Morning.”

With the country is currently focused the Trayvon Martin shooting and national health care debate, redditors—and apparently advertisers—understand how easily distracted people can get.

“They make too much money off of him and let’s be honest. It’s not like Americans are known for our long term memory when it comes to public figures,” commented entsriseup.