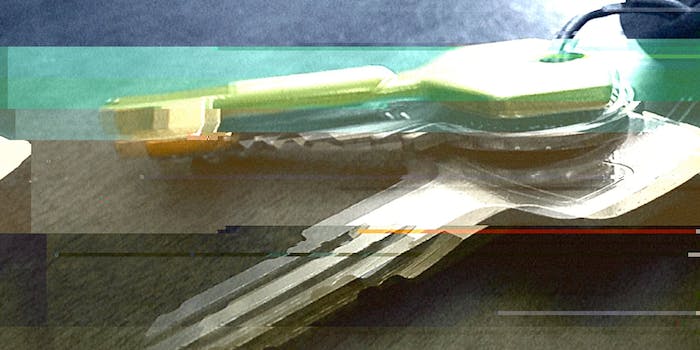 The ACLU claims a new cyber commission would be a step in the wrong direction.

The American Civil Liberties Union has come out against a new cyber commission proposed in the wake of terrorist attacks both in the U.S. and abroad.

“It’s the widely held consensus of countless computer scientists, technology companies, and national security experts that it is impossible to build a backdoor into encrypted products without compromising cyber security and privacy,” Neema Singh Guliani, legislative counsel with the ACLU, told the Daily Dot. “We don’t need yet another commission to conclude, as the President’s Review Group has already done, that the U.S. government shouldn’t support policies that weaken encryption.”

In a first-ever “State of Homeland Security” address, McCaul said he plans to propose a “national commission on security and technology challenges in the digital age.” It’s the latest escalation of the so-called Crypto Wars, a long-stemming political debate over encryption that extends back decades.

“If Congress does create a commission,” Guliani said, “its recommendations won’t be credible unless the group includes privacy experts and technologists and they support the final results.”

Privacy advocates and academics will argue that the topic of regulating encryption is a zero-sum game. Because encryption is a mathematical algorithm, the government is not able to ban its existence, and weakening it or giving law enforcement a “backdoor” to read encrypted messages would allow malicious actors to potentially gain access.

“We should be careful not to vilify ‘encryption’ itself, which is essential for privacy, data security, and global commerce,” McCaul said. “But I have personally been briefed on cases where terrorists communicated in darkness and where we couldn’t shine a light, even with a lawful warrant.”

Christopher Soghoian, the principal technologist at the ACLU, alluded on Twitter that he doesn’t think the commission will be very useful.

Perhaps anticipating those familiar concerns, McCaul stressed the need to find a workable solution in his address.

“Unfortunately, there are no simple answers. This is more than a ‘privacy vs. security’ challenge. It’s ‘security vs. security,'” he said in his speech. “A legislative knee-jerk reaction could weaken Internet protections and privacy for everyday Americans, while doing nothing puts American lives at risk and makes it easier for terrorists and criminals to escape justice.”

Kevin Bankston, director of the Open Tech Institute, questioned why a commission needed to be called when the Obama administration has already affirmed its support for encryption, echoing the ACLU’s remarks. He also questioned the ability to regulate encryption, as popular encrypted messaging tools are open source and many are developed outside of the United States.

Obama's expert review group on surveillance already looked at encryption and arrived at strong pro-crypto conclusions. So why a commission?

Top 5 ISIS-recommended crypto apps are open source and/or non-US. Congress can only make *us* less secure, not them. pic.twitter.com/GMAUqZvLXM

McCall plans to propose a bill to Congress “soon” for approval of the commission.

“It is time for Congress to act,” McCall said, “because the White House has failed to bring all parties together— transparently—to find solutions.”