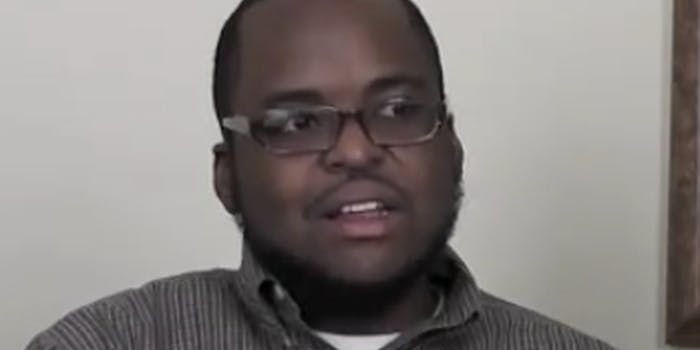 The American Civil Liberties Union is standing behind employees like Robert Collins, who have been forced to trade online privacy for employment.

If you thought your Facebook privacy options would keep your personal status updates safe from an employer’s prying eyes, guess again. It doesn’t matter how you configure your settings when your employer has your username and password.

Now the American Civil Liberties Union is responding to this practice by making it a topic on its Demand Dot Rights campaign, which you can follow on Facebook and Twitter. In a recent blog post, the ACLU updated readers on its continuing opposition:

“We believe you shouldn’t have to choose between privacy and technology. The same standards of privacy that we expect offline in the real world should apply online in our digital lives as well.”

Already, more than half of employers admit to snooping potential hires’ social networks. But with increased privacy settings, some companies think the only way to research employees is to log in to their Facebook accounts.

While this sounds like a practice that occurs only in some Orwellian future, in 2010 it became reality for Robert Collins, a Maryland corrections officer. The ACLU of Maryland took up his case after Collins said he had to sit there while an interviewer goaded him into handing over his password and then read his personal status updates.

“We live in a time when national security is the highest priority, but it must be delicately balanced with personal privacy,” Collins told the ACLU. “My fellow officers and I should not have to allow the government to view our personal Facebook posts and those of our friends, just to keep our jobs.”

However, this trend is more prevalent than at just one agency. Demands for social media passwords are so prevalent in Illinois that the legislature has proposed a bill to outlaw the practice.

According to the ACLU, it’s not just the Illinois legislature that disapproves. When the organization took to Facebook to ask followers about the controversy, some denounced it as “vile and outrageous.”

After the ACLU of Maryland went public with the case, the interviewing agency suspended the practice of asking for Facebook passwords for 45 days.

The ACLU of Maryland had earned a small victory in Collins’ case, ACLU attorney Catherine Crump said the organization will continue to fight until this “invasion of privacy” is no longer a condition for employment:

“You’d be appalled if your employer insisted on opening up your postal mail to see if there was anything of interest inside. It’s equally out of bounds for an employer to go on a fishing expedition through a person’s private social media account.”