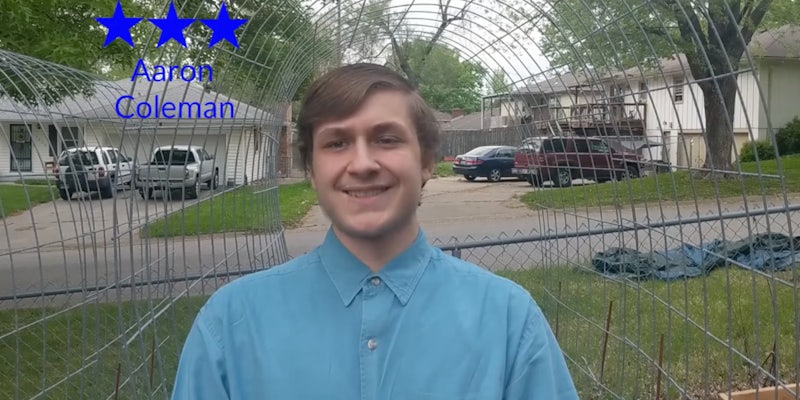 One of his alleged victims tried to die by suicide.

A 19-year-old Democratic candidate in a local Kansas race admitted to attempting to blackmail a girl into sending nudes and releasing the one he already had when she refused. He’s leading the race against a seven-term lawmaker for a state House seat in Kansas City.

Earlier in 2019, Aaron Coleman, a community college student and dishwasher, acknowledged that he engaged in abusive behavior online—including bullying, blackmail, and revenge porn—toward several middle school-aged girls when he was also a minor.

As the primary results are going to be certified on Aug. 17, the Kansas City Star recently published an editorial in which it detailed the allegations against Coleman and spoke with several of Coleman’s alleged victims.

One woman told the newspaper that when she was in the sixth grade, Coleman called her fat, worthless, and told her to kill herself.

“F*ck you you f*cking ratchet fat sh*t,” he allegedly told her in a message back then. “F*ck off whale. Go on a diet and get some braces.”

She said she tried to die by suicide at the time.

Coleman also allegedly obtained a nude photo of a girl that she didn’t send to him, and he threatened to share it with “all of (her friends and family) if she did not send him more. When she refused, he allegedly “sent it to everyone she knew.”

He also allegedly contacted the family of another girl he harassed.

“I made serious mistakes in middle school and I deeply regret and apologize for them. I’ve grown up a great deal since then,” Coleman told the Star editorial board, denouncing his past behavior.

According to the Associated Press, Coleman said that when he was 15, he was diagnosed with post-traumatic stress disorder (PTSD) due to his elementary school experience. He says in one YouTube video that instead of receiving proper help, he was “locked in a closet” for three years.

Previously, some of Coleman’s social media posts have caused controversy. In one, he joked about how he would “laugh and giggle” if John Whitmer, a former Republican state lawmaker, died of COVID-19.

Coleman received 807 votes, while incumbent Rep. Stan Frownfelter (D) received 802 in an Aug. 4 primary. Coleman’s five-vote lead, coupled with the fact that no Republican is expected to be on the ballot in November, means that there is a strong possibility Coleman will be serving in the House come January.

Coleman’s platform, according to the AP, includes universal health coverage, getting rid of college tuition, defunding the police, and legalizing marijuana. Jacques Barber, Wyandotte County’s Democratic chairman, told the AP that should Coleman unseat Frownfelter, the party should “try to counsel him and give him as much guidance as we can.”

“He has been elected by the people, and the people have been exposed to what he’s said and done, and apparently, that’s their choice,” Barber told.

The Daily Dot has reached out to Aaron Coleman’s campaign.