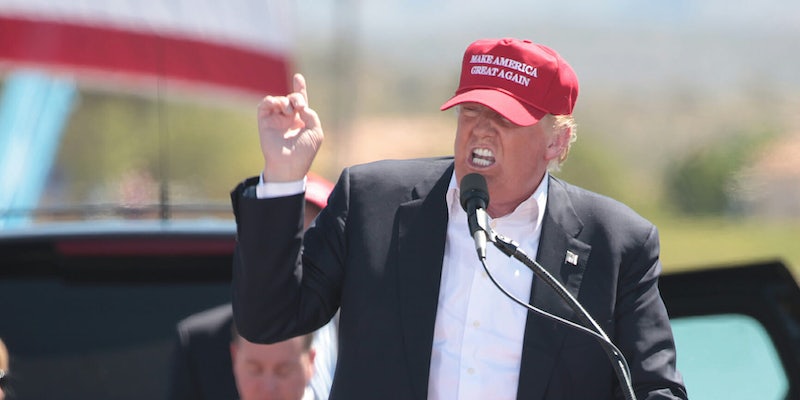 The feelings come from an excerpt of Bob Woodward's upcoming book.

Last year, amid an increasing rhetorical battle between President Donald Trump and North Korea, one possible tweet from the president “scared the daylights” out of military officials, according to an excerpt from journalist Bob Woodward’s upcoming book obtained by the Atlantic.

The news outlet reports the book details how Defense Secretary Jim Mattis and Chairman of the Joint Chiefs of Staff Gen. Joseph Dunford were fearful about escalation after the president thought about tweeting a proposal to evacuate family members of U.S. soldiers in South Korea, which could have been interpreted as a signal for an attack against North Korea.

The tweet reportedly would have come around the same time as Trump and North Korean leader Kim Jong-un were trading barbs about the size of their “nuclear buttons.” After a remark from Jong-un, Trump responded that his “nuclear button” was “much bigger & more powerful” than North Korea’s. A few months earlier, the president referred to Jong-un as “Rocket Man.”

The book, according to the Atlantic, reports that the president’s tweet was never sent.

Woodward brought up the remarks in an interview with CBS.

“He drafts a tweet saying ‘We are going to pull out dependents from South Korea … Family members of the 28,000 people there,'” he said, later adding: “At that moment there was a sense of profound alarm in the Pentagon leadership that, ‘My God, one tweet and we have reliable information that the North Koreans are going to read this as an attack is imminent.'”

The war-of-words between Trump and North Korea–which had started months before the “nuclear button” tweet–prompted the Department of Homeland Security to issue a tip-sheet to residents of Guam, a strategic military location for the United States military, about how to deal with a nuclear blast from the nation.

The tensions between Trump and North Korea seem to have calmed in recent months. The president and Jong-un met in June and announced an agreement that aimed to denuclearize the Korean peninsula.

Woordward’s book, Fear: Trump In The White House, will be released on Tuesday. The president has denounced the book as “a joke.”

Perhaps the almost-tweet about North Korea is why a large swath of Americans reportedly think the president’s use of Twitter is a “bad thing” for the country.

You can read all of the Atlantic‘s report here.