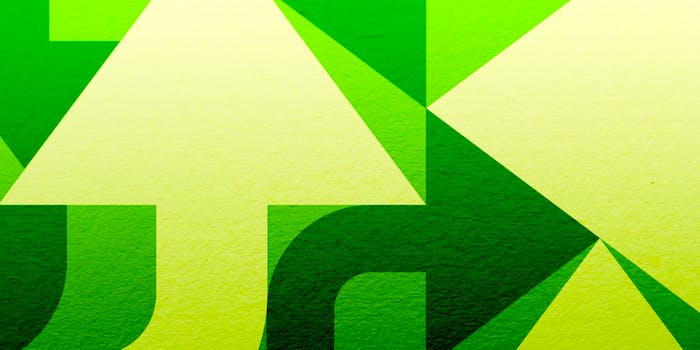 So that's where "derp" came from.

As of a week ago, the great unwashed masses now have access to Twitter’s monstrous archive of almost half-a-trillion tweets, searchable at the click of a button. A database that gargantuan can be difficult to make head-or-tails of—but tools are already being developed to help tweeters navigate the forgotten corners of the social networking service more effectively.

One such is the recently-released “First Tweet”: The brainchild of developer Amit Agarwai (also behind Tall Tweets), it’s an easy-to-use site that’ll find you the first ever mention of a given hashtag or search term on the site.

Some of the results are interesting, to say the least.

Just back from an unbelievably touching surprise roast thrown by my cohorts to celebrate — and lampoon — my 10 years at Park&Co. #blessed

We do know the first person to consider themselves #Blessed, however: Ed Tankersley from Phoenix, celebrating 10 years on the job in September 2008.

Tankersley’s since discovered his accidental piece of history, and has taken it in good humor.

The first tweeter to enjoy the now (in)famous Starbucks pumpkin-spice latte was Lise, self-described “book nerd” from Austin, Tex., all the way back in September 2006—barely two months after the site launched.

“If you can’t handle me at my worst, then you sure as hell don’t deserve me at my best” didn’t make an entrance until April 2008.

“Derp” first became a thing on the Twittersphere in May 2007—but despite Sunday’s promises to “commit,” we haven’t heard a peep out of her since July 2009.

The controversial online movement traces its name back to Adam Baldwin, but the first use of the hashtag was in 2010, a misspelling of Gamersgate, an online store that bears no resemblance to the activist group.

In November 2006, Sheana was totes nervous about going on the news. Given her account’s been largely inactive for years, we’re unlikely to find out how she did.

In a galaxy far far away, there were Darth Vader nesting dolls at fredflare.com. Adorbz.

Shopping site Fred Flare bears responsibility for the heinous crime that is introducing “adorbz” to the platform, in August 2008. The site has since gone bankrupt, proving there is at least some justice in the world.

Abu Omar al-Baghdadi, leader of the militant group Islamic State of Iraq, has been arrested in western Baghdad, the Iraqi Interior Ministry

The notorious militant Islamist group formerly known as ISIS made its first appearance in 2007, when CNN reported that leader al-Baghdadi had been captured. 7 years later, Baghdadi’s fate is uncertain, potentially killed or grievously injured in an airstrike.

Off to the Miami Book Fair and then to see B. Obama talk

“Innovator” Ale de Carvalho was the first to tweet about now-President Barack Obama in November 2006. It took four months after Twitter was launched for Obama to be first mentioned—a clear reminder of the former Senator’s meteoric ascent to the highest office in the country in 2008.

Two years after Obama came Obamacare—but bizarrely, months before Obama was even sworn into office, and years before the Affordable Care Act was first introduced.

It was BuzzFeed, of all Twitter users, that first mentioned one-time vice-presidential nominee Sarah Palin in December 2007, a year before her name on the Republican ticket was announced.

It took 14 months after Twitter’s inception for these fateful words to be uttered; frankly, we’re surprised it took so long.