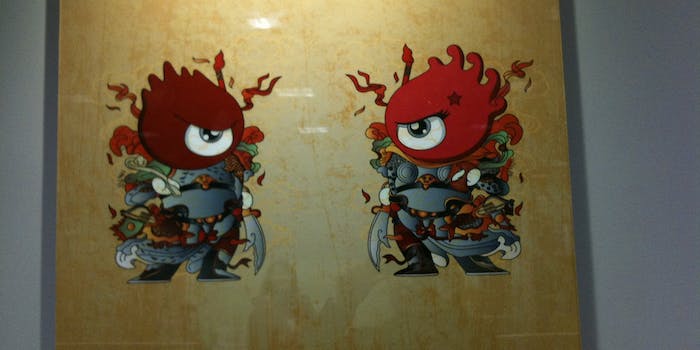 China’s top Twitter-like microblogging service censors behind a veil of secrecy. There’s no way to know precisely where the line for objectionable content begins, since, as Chi-Chu Tschang noted, “the line is always changing.”

But there is one thing you can track it: the volume of censorship over time.

As Tschang, a graduate student at Massachusetts Institute of Technology, revealed in his final project for Ethan Zuckerman’s Media Lab course, popular microblogging service Sina Weibo hires so called “monitoring editors,” who sweep the site for deletion-worthy content. During particularly dicey political times, these workers put in a lot of overtime.

And this year, China’s political landscape has been particularly tumultuous.

What events inspired the most “deletes” for Sina’s censors? Here’s Tschang’s list, with links to related news stories.

– March 8, 2012: Chongqing Party Secretary Bo Xilai fails to show up at the National People’s Congress, sparking rumors that he has fallen from power.

– May 14, 2012: The Beijing Daily posts a message on its official Weibo charging that U.S. Ambassador to China Gary Locke is posing as an ordinary citizen and calls for Locke to disclose his wealth.

Tschang analyzed data from the University of Hong Kong’s Journalism and Media Studies Centre Weibo Scope, which has been tracking deleted posts on Sina Weibo data since Feb. 1, 2012.

As Tschang explained, the Chinese government holds websites responsible for their user-created content, so companies like Sina have a lot of incentive to monitor users closely. He said most of the censored posts he read weren’t from people deliberately trying to antagonize the government. Rather, they’re just your typical social media, stream-of-consciousness slip ups.

“I get the sense that a lot of it is what they find interesting at that particular moment,” Tschang told the Daily Dot, “and it kind of crosses a line.”

Indeed, perhaps the most prolific censors on Sina Weibo are the users themselves, who know they have to watch what they write: “You kinda know there is a line,” Tschang wrote. “You’re trying to be cognizant of the line. You err on the side of caution and tend to self-censor yourself.”