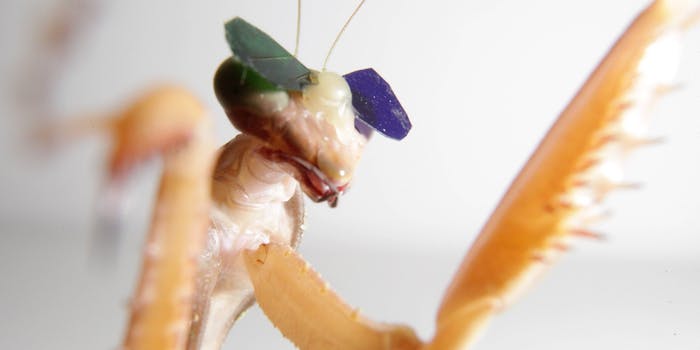 Who thinks up these things?

Do praying mantises have 3D vision?

That’s the sort of question researchers at Newcastle University ponder over, and boy have they done everything they could to find out the answer: Yes. Yes, they do.

Stereopsis, or 3D perception, has been proven to exist in vertebrates such as cats, monkeys, and owls, and according to a paper recently published in Scientific Reports, the same ability has been demonstrated by one invertebrate so far: the mantis.

Normal people with absolutely zero interest in bugs might find this discovery rather lackluster, but that’s only until you realize just how they figured it out: 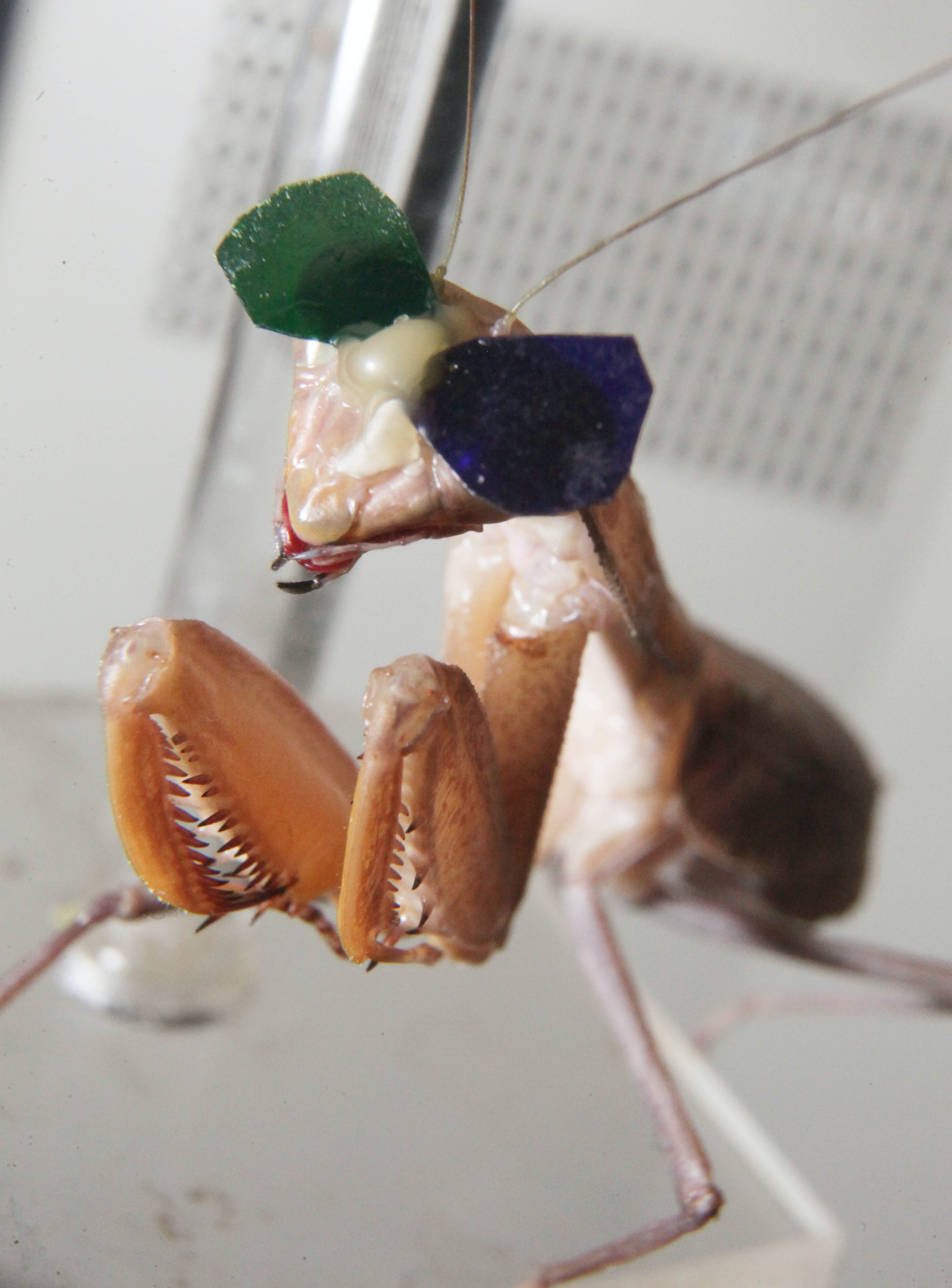 That’s right. Scientists made tiny two-tone 3D glasses and forced the insect to wear them. It’s the same concept behind those old-school blue and red anaglyph 3D glasses but with green swapped in since the bugs can’t actually see the color red all that well.

To equip the lenses, the praying mantis was briefly placed in a cage in a freezer. Once sufficiently immobilized, modelling clay was applied to its legs, presumably to keep it from running around the test room. Lastly, tiny blue and green spectacles were attached to the mantis using a mix of beeswax and rosin, followed by a small electronic component at the base of the mantis’ main body segment, to make it easier to hold the bug in place on the experimental stand without restricting head and forelimb movement.

After a 24-hour recovery time back in its cage, the mantis was then placed upside-down (its preferred position, apparently) in front of a cinema of sorts that played footage of moving bugs, to see if it would respond. And well, here’s what happened:

“Despite their minute brains, mantises are sophisticated visual hunters which can capture prey with terrifying efficiency. We can learn a lot by studying how they perceive the world,” stated Jenny Read, study leader and Professor of Vision Science. “Better understanding of their simpler processing systems helps us understand how 3D vision evolved, and could lead to possible new algorithms for 3D depth perception in computers.”

That’s a pretty solid scientific hook for the study, but we’re not totally convinced the researchers didn’t just want to have some fun making cool shades for some gnarly bugs.