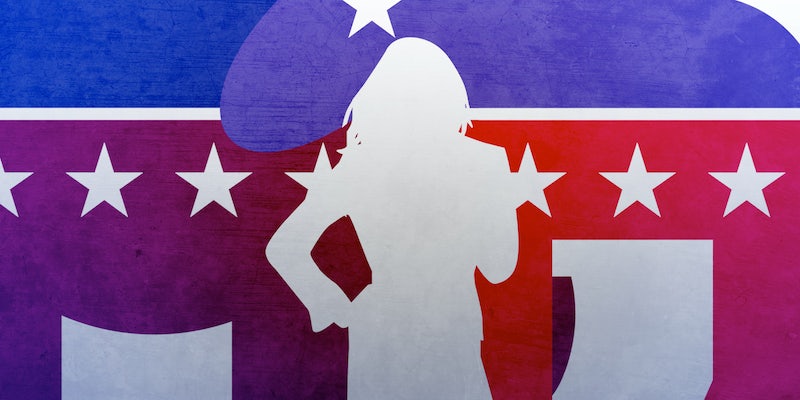 Who's losing the social media election?

In the Wild West of the 2016 election, popularity on social media may matter at least as much as cold, hard cash.

Take, for example, Donald Trump. The real-estate heir, former reality-TV star, and Republican presidential front-runner may have more money than all the other candidates in the race, but he’s managed to do more and spend less than his competitors, helped in part by his compelling social media presence.

So amassing social media followers matters. Conversely, as researchers at the University of Rochester argue in a recent study, losing followers also matters—especially if your name is Trump or Clinton.

The study, which covers a period between September 2015 and this March 2016 and has yet to undergo peer review, investigated who followed then unfollowed the Twitter accounts of Trump and the Democratic front-runner, former Secretary of State Hillary Clinton.

“Rather than switch to Ted Cruz or John Kasich, Trump unfollowers are actually more likely to be following the Democratic candidates.”

Looking at profile images, the researchers categorized users by gender and age. They also looked at the number of followers each user had as a way to determine their social capital on the network.

Trump’s unfollowers tended to be middle-aged and have a large amount of social capital on the network. People who unfollowed Clinton tended to be young, female, and similarly popular among other users on the network. Interestingly, while Trump faces a massive favorability gap when it comes to female voters—one poll found that 73 percent of registered female voters held an unfavorable view of the candidate—Clinton was hit harder by the female unfollowers than Trump.

“A considerable portion [of Clinton’s former followers] are now in the Bernie Sanders camp,” the authors note. “Rather than switch to Ted Cruz or John Kasich, Trump unfollowers are actually more likely to be following the Democratic candidates.”

The prime age range for Trump unfollowers was between 27 and 42, whereas, for Clinton, it was between 12 and 26.

“Given the unfollowing patterns uncovered in our paper, we believe Mr. Trump, once he has clinched the nomination, must give his particular attention to win over/keep the middle-aged group, while Secretary Clinton must work hard to win over younger voters, in order to do well in the General Election,” Jiebo Luo, the professor supervising the work, wrote in an email to the Daily Dot. “It’s true that not all following translates into strong preference. On the other hand, unfollowing clearly indicates disappointment, disagreement, and disapproval.”

Luo added that the team is working on a follow-up paper exploring whether specific events, like Trump’s comment that Clinton’s campaign is dependent on her playing the “woman card,” have a significant effect on people’s decisions to unfollow a candidate.

While Clinton and Trump are technically politicians, they’re also #brands not unlike the hundreds of thousands of companies and celebrities on the micro-blogging service. The University of Rochester researchers didn’t ask the unfollowers why they unfollowed, but there has been some work on about why people unfollow brands in general.

A recent survey of 900 social media users conducted by the social media marketing firms Fractl and Buzzstream found that users unfollow brands on Twitter all the time—12 percent reported doing so at least once in the previous few days.

The poll found that the most common reason for unfollowing a brand was that the content it posted was repetitive and boring, followed (in order) by the account posting too frequently, a general desire of the users to remove “clutter” from their social media feeds, and getting offended by the brand’s activities. The least common reason for unfollowing was because they found a competing brand they’d rather follow.

If these insights hold for politics, maybe both Trump and Clinton need to find a way to make their Twitter accounts less boring for popular women.