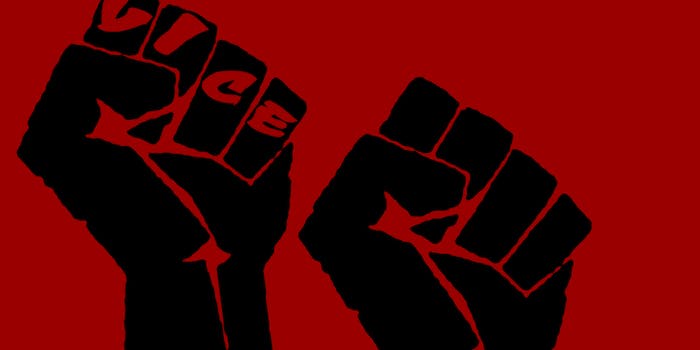 But their translator remains behind bars.

The two British Vice News journalists arrested in Turkey on terror charges have been set free.

Philip Pendlebury, Jake Hanrahan, and Rasool were detained in the city of Diyarbak?r, a central city in Turkey’s armed conflict with the Kurdish separatist group PKK. They were accused of aiding PKK and the terrorist group Islamic State. Since July, when Turkey formally joined military strikes against ISIS, it’s also renewed attacks on PKK positions, despite the fact that PKK fights against ISIS on behalf of Kurds in Syria.

“We call on the Turkish authorities for a swift end to this unjust detainment and to grant his immediate release.”

Their detention was legal, thanks to a controversially broadly written anti-terrorism law, which both allows police to detain suspects up to five years. It also criminalizes the act of producing “terrorist propaganda” for a group, even if the accused isn’t a member of that group, which has led to the arrest of a number of journalists.

In an interview with the Daily Dot soon before they were released, Erhan Ürküt, who represents the Vice News team, said that that the group had been arrested after police received an anonymous tip of their location, along with the claim that they were working with ISIS to prepare suicide bombing attacks on military and police stations. The journalists were then interrogated at length about their purpose in Turkey and asked, “What is your relationship with ISIS terrorist organization and PKK terrorist organization?” Ürküt said.

In a statement emailed to the Daily Dot, Vice News said it was “grateful” that Pendlebury and Hanrahan had been freed and called on Turkey to release Rasool from his “unjust detainment.”

“Rasool is an experienced journalist and translator who has worked extensively across the Middle East with Vice News, Associated Press, and Al Jazeera,” Vice News said. “We call on the Turkish authorities for a swift end to this unjust detainment and to grant his immediate release.”

One fact that went largely unreported in the west is that a fourth man in their operation driver, Abdurrahman Direkçi, had also been detained. He has since been released as well.