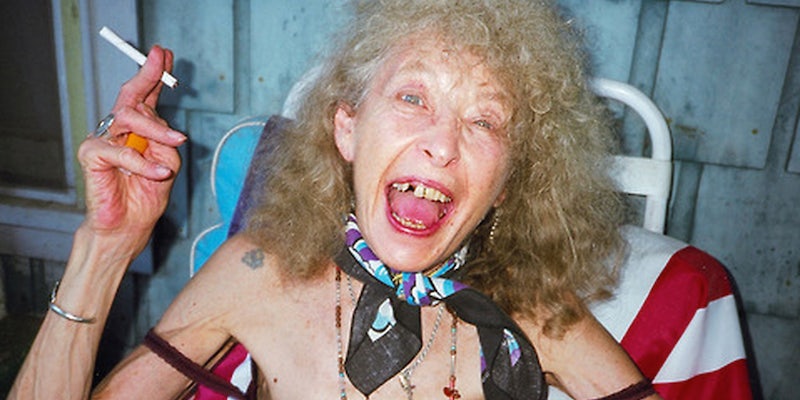 The controversial photographer shared his final portraits of his mother, Annie Lomax, who he also celebrated in the 2011 book Mom/Dad.

Terry Richardson’s mother, Annie Lomax, has reportedly died, and the famous photographer documented her final moments of life on Tumblr.

On Terry’s Diary, his personal Tumblr, Richardson has been posting intimate pictures of his mother resting on a hospital bed, looking gravely sick. One of them bears the caption “R.I.P. Annie Lomax, My Mom 1938-2012.”

The photos Richardson has posted are candid and poignant, humanizing the often scandal-riddled photographer. He begins the series of pictures with a picture of an emergency room, a snapshot of an Intensive Care Unit door, and an alarming photo of his mother using breathing support.

Richardson also posted a picture of him holding his mother’s hand and one of his mother looking semi-cognizent, which he labeled “the last picture I took of my mom.”

The Tumblr pictures are connected to his Facebook page, where people are leaving sympathy messages.

“She was a fabulous woman who will be celebrated and remembered through your photographs. Thank you for sharing her with us,” wrote commenter Brad Frazier.

Some Tumblr users (including Lindsey Weber, a Daily Dot contributor) pointed out that the photos were being added to Tumblr’s New York Fashion Week stream due to a tagging error, but a spokeswoman for Tumblr told the Daily Dot that they have fixed the mistake.

If Richardson’s 2011 book Mom/Dad is any indication, it’s apparent he has a lot of similar traits to his mother. The book showed off his wacky mother’s multiple sides—including a picture of her topless.

Richardson seems to find himself in controversy as often as he posts a picture to his Tumblr. In May, he recorded model Kate Upton’s infamous “Cat Daddy” dance, which was pulled from YouTube for being too racy. Others have called out the self-described pervert’s sleazy behavior, including allegedly showing his penis on set.

The Daily Dot reached out to Richardson’s agency for comment, but they have not yet responded.