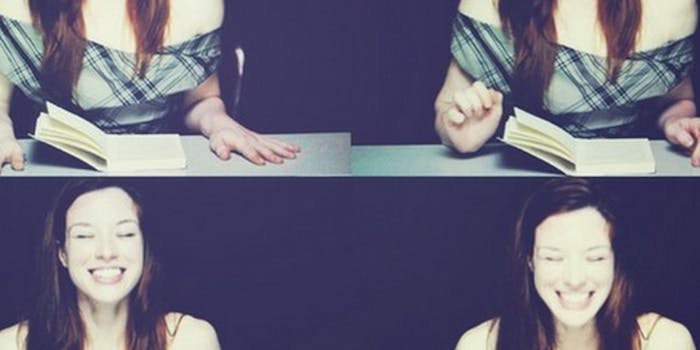 Stoya has been outspoken about the fact that she’s never “understood vibrators” but that resounding industry support for a Hitachi device that got her, um, excited to take part in the series.

“This attempting-to-read-aloud-and-maintain-composure while being sexually stimulated game is new,” Stoya wrote on her Tumblr after the experience. “The video camera adds a dash of exhibitionism which I always appreciate. Most interesting, though, is the Hitachi that my vagina is about to be making very good friends with for the first time.”

Hysterical Literature has received nearly 300,000 views since posting to YouTube August 1. Analytical statistics for the clip aren’t readily available, but the site does reveal that significantly more people have “liked” the video than “disliked.”

For the record, we don’t find that particular detail very surprising whatsoever.