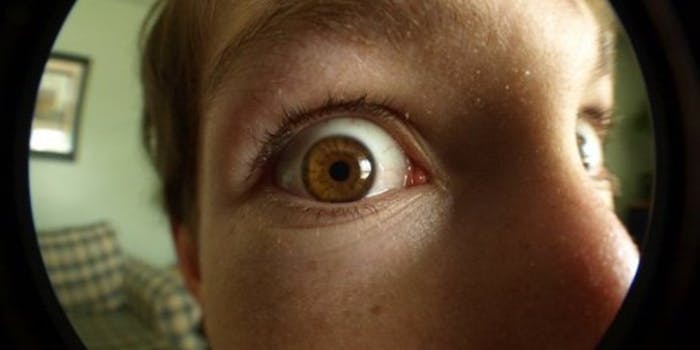 Laughing at his nightmare

Shane Burcaw, who has spinal muscular atrophy, uses his Tumblr to meet the world in style. And the world meets him back.

Many young people dream of traveling and meeting fascinating new people.  And most could do it — if they had the money and time. Most just never do.

Shane Burcaw, 19, doesn’t have a choice. His body won’t allow it.

But with the help of a motorized wheelchair, a MacBook Pro, and a Tumblr blog, Burcaw has met thousands of people and has had countless adventures.

Burcaw, of Bethlehem, Pa., has spinal muscular atrophy type 2, a debilitating genetic disease that saps a person of almost all their motor skills and shortens his or her life dramatically.

According to Muscular Dystrophy Association, people with SMA type 2 can survive into adulthood.

For the last three months, Burcaw has used a voice dictation program to write more than 200 posts on his Tumblr blog called “Laughing at my Nightmare.” Most posts deal with everyday college woes — homework, girls, part-time jobs— while others cover, often in intense detail,  medically-related topics like how to insert a feeding tube and using the bathroom.

Burcaw’s candor and self-deprecating humor has helped him collect more than 13,000 followers. He’s also been featured on the Tumblr staff blog and has just been contacted about a book deal.

And through it all, Burcaw doesn’t want people to feel sorry for him. Nor does he like when disabled people “say that they were put on earth to change people’s lives” when they merely  “do normal things like write, sing, or speak,”  he said in an interview with the Daily Dot.
.
He just wants to make people laugh.

“I’m not ever going to say that it’s my mission or my life goal to inspire people or change people’s lives with my blog, because that would be a straight up lie,” Burcaw said. “However, if I inspire people along the way, I think that’s pretty awesome too.”

Burcaw started writing in May while all his friends and family were away at college. He kept the blog secret from most of his family for more than month out of fear that they would dislike his candidness.

Some of Burcaw’s posts feature funny photos, GIF images, and videos of him hanging out (often with his brother Andrew), while others touch on more serious topics like religion.

“I used to say a prayer to my ceiling every night that I would wake up and hop out of my bed and run outside and my brother and I would go skateboarding. After a few years of these prayers, all the while my body was getting worse, I developed a confusing relationship with God,” Burcaw wrote. “At the same time, there are too many unbelievably great things about life to deny the existence of a greater power. (For example, McDonald’s Sweet Tea)”

One of these great things has been Burcaw’s book, which will draw from many of his blog posts. He plans on finishing it in December. He also wants to start selling bracelets with “Laughing at my Nightmare” written on them.

In the meantime, Burcaw plans on living his life, finishing his degree in journalism and psychology, and writing.

“Things are what they are and I deal with them with a positive attitude for the most part,” he said. “I never expected any of this to happen the way it did, I truly believed that starting a blog was a terrible idea, but I have been and am continually astonished but all the love my blog has received. It’s crazy.”