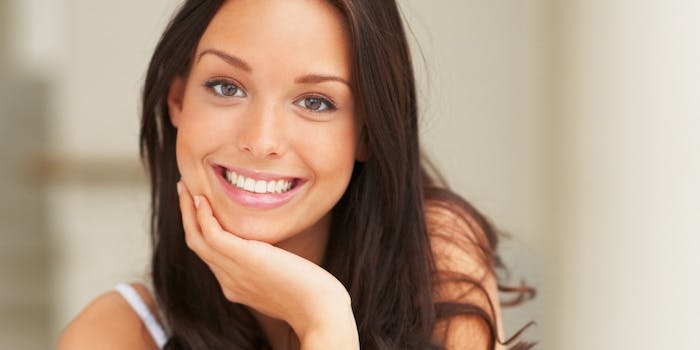 How sexist is the popular Good Girl Gina meme?

It was inevitable that the popular image macro of a thoughtful, considerate guy smoking a joint led to the creation of a female counterpart. Gender parity in Internet culture is a good thing, right?

Well, not when Gina’s good deeds are limited to this: 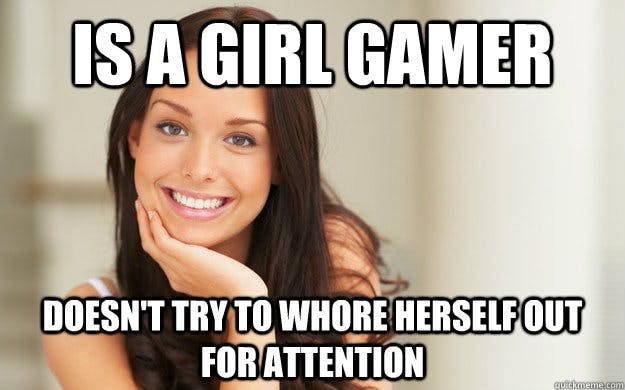 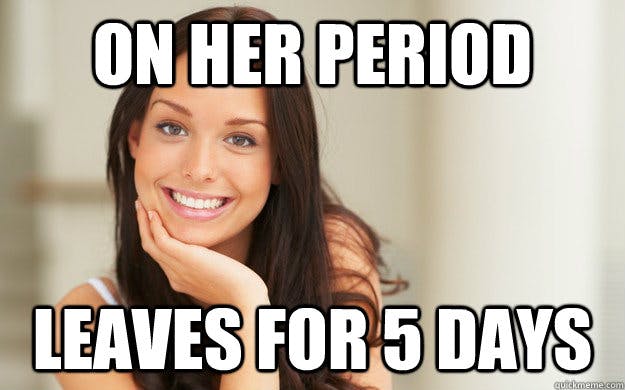 The conclusion: Most of the time, she was little more than a sexualized, objectified stereotype whose “goodness” relies not on her thoughtfulness, but on her capacity to serve men. 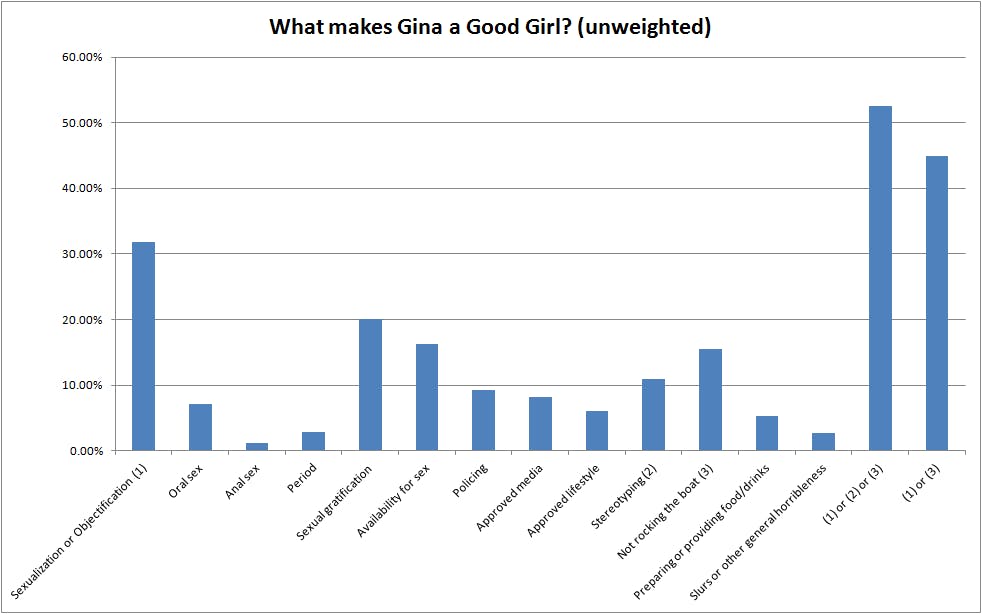 “So what can we glean from all this? If someone wants to be a Good Girl, then reddit already has it figured out. A Good Girl is an object to be lusted after. A Good Girl makes sure you’re sexually satisfied, either by her or someone else,” LaTex_fetish added. “Now if you’ll excuse me, I’m going to go barf.”

In total, LaTex_fetish found 443 variations of the meme that sexualize or objectify women, 226 that praised women for being available for sex (even when they didn’t want to be), and 73 that depict women preparing food or drink.

The following images—among dozens of others—were added as further examples of the meme’s dark side. Some might be NSFW: 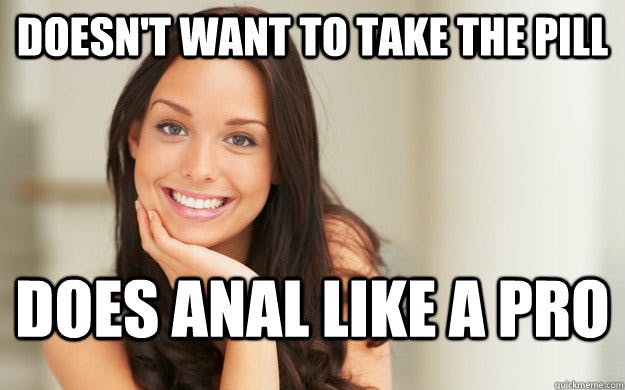 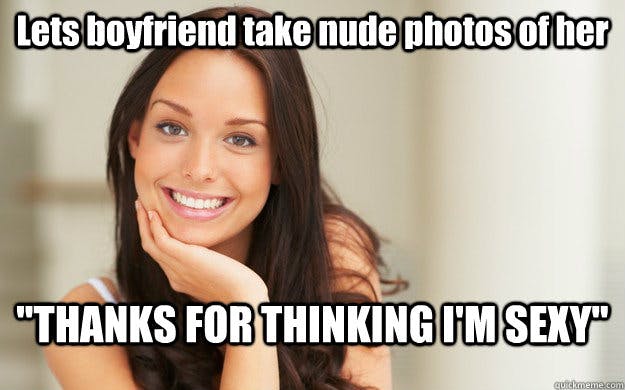 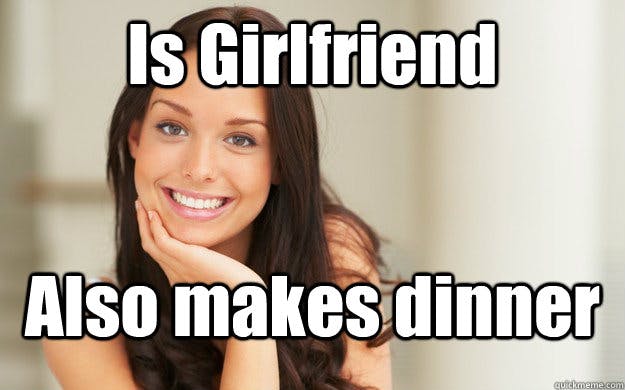 LaTex_fetish posted the findings on Reddit’s r/ShitReddtSays forum, a subreddit that attempts to turn the table on purveyors of misogyny and racism. More than 270 people commented on the study, offering their own notes on meme sexism. The discussion led LaTex_fetish to dub the thread “the Shit Reddit Says Users’ Meme Analysis Division, or SRSUMAD for short.”

“[T]hanks for putting this all together. I’ve noticed that almost any advice animal that’s negative is a woman and the neutral/positive ones are all men, at least regarding the photos used if not also the name of the meme,” grizzlybaroo commented. “The good teacher is a man, the bad is a woman. Even random things like “bad radio DJ” use a woman’s picture.”