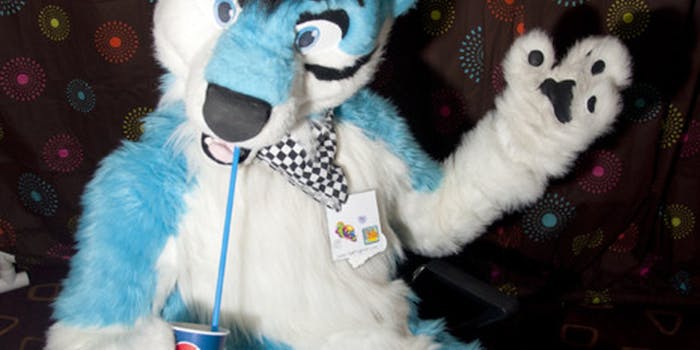 Adults who share a love of anthropomorphic animals -- known as furries -- face discrimination and a lack of understanding, even among other fan communities. Are furries ready to speak for themselves?

It’s rough to be a furry.

Defined as fans of anthropomorphic animal art and sometimes wearing animal ears, tails or suits, furries have a hard time finding acceptance from other geeks, let alone pop culture. On network television shows like CSI, 30 Rock and Entourage, furries are depicted as sexual deviants, giving them a reputation that keeps other groups away.

However, to documentarian Tommy Bruce, this is exactly what makes the group endearing. As an out gay man, Bruce sees parallels in the furry and LGBT communities. Both groups, he said, are based on a sometimes misunderstood self identity.

“Being gay is a part of your personality you have the choice to tell other people about or keep hidden. It’s the same way with furries,” he said.

While heterosexuality is the accepted norm in most geek fandom, Bruce said furries are more accepting. Even if there are no more LGBT people in furry fandom than everywhere else, furry fandom permits members to talk frankly and openly about diverse sexualities.

“Being in the furry fandom, you are aware of the public perception of “They’re a bunch of perverts”, which in a sort of positive twist, opens the gate and releases some of the tension around sexual life,” he said.

Gerbasi has been studying furries since 2000, when a student at Niagara County Community College, where she is a professor, admitted to being a furry. When Gerbasi realized there weren’t any scientific papers on the phenomenon, she visited nearby Anthrocon — the world’s largest convention dedicated to Furries — to collect data for her own. A professor of both human relationships and human-animal relationships, she had hit the jackpot.

“Furries are an amazing group, uniquely combining being human with very unique zoomorphic  self-attributes,” she said.

Gerbasi said her study does not show that LGBT people are more likely to be furries. It simply shows that furries are more tolerant than other groups.

“In one of our studies we asked were important traits for furries to have, one that was regularly mentioned was to be accepting,” she said.

Chase Flynn, a 28-year-old computer technician, said he was a member of the gay community before he found out about furries in college. He had been a part of Virginia Tech’s LGBT club for a while first. One day, representatives from the furry club visited to give a presentation.

“I went to hang out with them later and found a fun bunch,” he said. “I’d say the [anthropomorphic] art and the people at Tech, specifically, drew me into it.

Flynn said that in the LGBT club, the other members only had their sexuality as a common interest. But in furry fandom, he said he shares both his sexuality and his interest in animal art with friends.

“I’d say the furry fandom is much like the gay community but with a very specific niche component thrown in,” he said.

Even though furries call their community accepting, it will take a long time before the outside world is accepting of them. During my interview with Bruce, a family sitting near us scoops up their children and hurries away, about a minute after we first mention the word “furry.” Bruce said he constantly feels like he’s “walking on eggshells” as he documents furries.

“Sometimes I’ll take a picture and somebody will snarl at me to delete it,” he said. “At a party, one person got angry, saying, ‘This is our private life and we don’t need more bad press.’”

Likewise, Gerbasi urged the Daily Dot not to “sensationalize the story” based on what we might have seen in the media about furries, much of which she said her studies have shown to be “inaccurate.”

Flynn said furries are partly to blame as, “the fandom ends up being an unfortunate haven for those who lack social skills.” Not everyone in furry fandom makes the best spokesperson for the media, he added.

“Largely, I see a lot of stereotypes – both in the gay community and furry – and endeavor to change them,” he said.

Bruce had a similar view point. In October he is holding an art show for his furry photography, and has invited its subjects to attend for a meet and greet — in their fursuits. Several have already agreed.

Furries are ready to speak for themselves.