R&B singer and convicted domestic aggressor Chris Brown has taken to Instagram to show off his feelings lately. Today he posted a painting called "the way I feel today."

R&B singer and convicted domestic aggressor Chris Brown has taken to Instagram to show off his feelings lately. He just posted a painting that he thinks properly articulates “the way I feel today.” 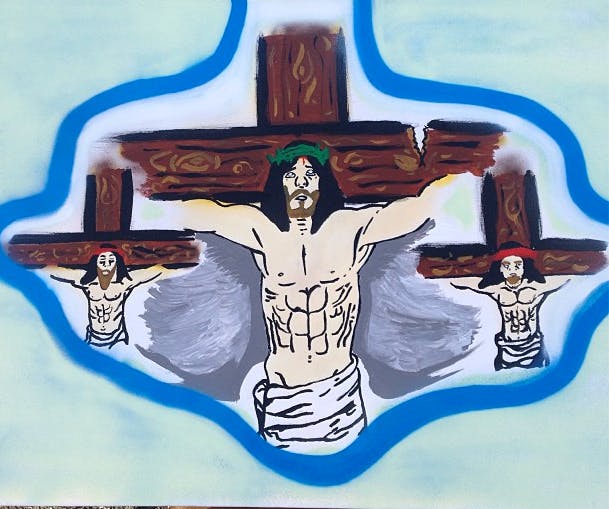 That painting: a very sincere image of Jesus Christ and his two crucifixion compatriots hanging on their respective crosses with with chiseled six-pack abs and off-color beards.

For real. It’s wild. Brown attached a sentence to the image that pleaded with his nearly 2.3 million followers to “Focus on what matters!”

Okay, Chris Brown. We’ll focus on what matters: You likened yourself to Jesus being nailed to a cross when really all you’re dealing with is a bunch of people on Facebook and Twitter who are upset that you (allegedly) tried to beat up Frank Ocean, an industry rival of yours, because he blocked your parking spot.

Get over yourself, and get a new Instagram handle. @Fuckyopictures is neither witty nor nice.