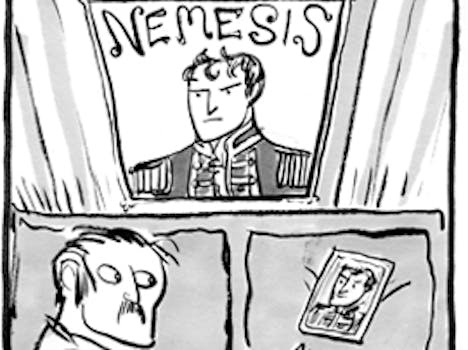 Yuletide 2012: Highlights from the biggest fanfic challenge of the year

Is it Yuletide yet? Yes! Over 2,700 stories in over 1,500 rare and sometimes unusual fandoms have been posted, outstripping last year's count by about 200.

Is it Yuletide yet? Finally, yes! Shortly after 2am EST on Christmas morning, stories were revealed for the 10th year of the largest annual fanfiction exchange. Over 2,700 stories in over 1,500 rare and sometimes unusual fandoms have been posted, outstripping last year’s count by about 200; there are more “treats” to come in the form of two after-the-challenge frenzies known as Yuletide Madness and the New Year’s Resolution fest.

Fairy Tales continued to dwarf all other fandoms, as they do every year, with this year seeing a whopping 74 fics submitted involving retellings of classic tales or crossovers with other fandoms. Greek and Roman mythology predictably took second place for most fics; for all fandoms not hundreds of years old, the top fic-getter was unsurprising, given all the attention it’s gotten this year: Elementary, closely followed by surprise Yuletide hit Pitch Perfect and perennial favorite Community.

This year also saw an unusually high number of pinch-hits, with over 300 participants dropping out of the challenge—about 50 more than last year. But despite the usual hangups—at least one fic was uploaded without being finished, and various fandom anon memes are already complaining about gifts that were written in less than charitable spirits—Yuletide has spread its usual holiday cheer. “This is my first year, and this is magic,” commented juldea on LiveJournal. “I got two stories and I love them both!”

Highlights so far include:

• Five separate stories for the same XKCD comic strip, the click-and-drag masterpiece that is strip 1110.

• Geoffrey Chaucer and Boccaccio hanging out and drinking in Italy, in rhyming verse form, because why not?

• Speaking of Velociraptors, here’s Michael Bublé being Stalked by a Velociraptor. And, separately, by Jon Hamm.

• Remember Folgercest? You guessed it.

• Actually, just about everything in the “Other media” section of Yuletide is gold.

• Five stories for Kate Beaton’s webcomic Hark! A Vagrant! including one hilarious Nemesis/Brigand fic based on her homage to homoerotic pirates.

• The Alien franchise continues to be a surprise perennial Yuletide favorite, with 19 fics posted for the series this year alone. Oh, and three more for Alien vs. Predator.

These are just a sampling—there are almost 3,000 fics for you to get lost in this holiday season, so feel free to wade in and find your own strange and enchanting take on a story for which you never knew you wanted fic. It’s what Yuletide’s all about!

Illustration via Hark! A Vagrant!