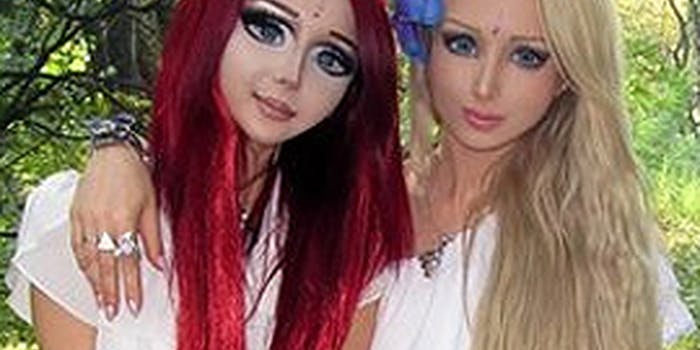 Valeria Lukyanova and Anastasia Shpagina seems to be heading for splitsville.

Two real-life fantasy dolls ended their friendship in a round of online drama this week. But this is no mere fight between cosplayers. After going 10 rounds, the models known to the world as “Russian Barbie” and “Anime Girl” demonstrated to us the painful truth: Even the perfect woman can be cast aside in the end.

The Ukranian model with the striking magenta hair and the larger-than-life eyes was praising her friend, model Valeria Lukyanova, who gained fame as “Amatue,” better known as the Ukraine’s own real-life Barbie. Earlier this year, 21-year-old Lukyanova became the most-searched-for person on the Internet in Russia, thanks to her uncanny resemblance to the plastic Mattel figurine: 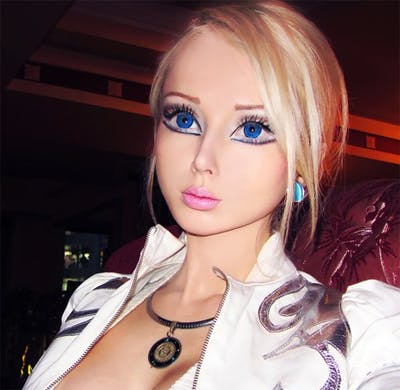 The two friends have risen to fame this year as their doll-like features and cosplay have gone viral, sparking international attention and disbelief over their elaborate makeup and what many are convinced must be an enormous amount of cosmetic surgery. Shpagina, 19, has kept mum about any enhancements. The Kiev Post reports that while Lukyanova owns up to having had breast enlargements only, others say she once confessed to having had two of her ribs removed in order to attain her unnaturally tiny waist and drastic chest-to-waist ratio. 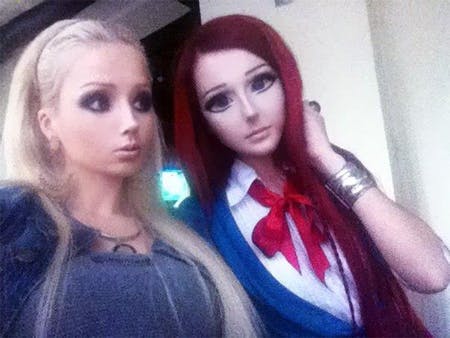 Lukyanova puts a great deal of effort into sharing makeup tips and videos, while still playing up the idea that as “Barbie,” she has a dream life: 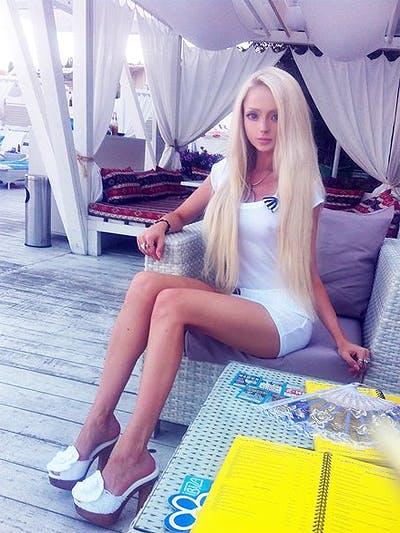 
Shpagina, on the other hand, embraces the association with fantasy: 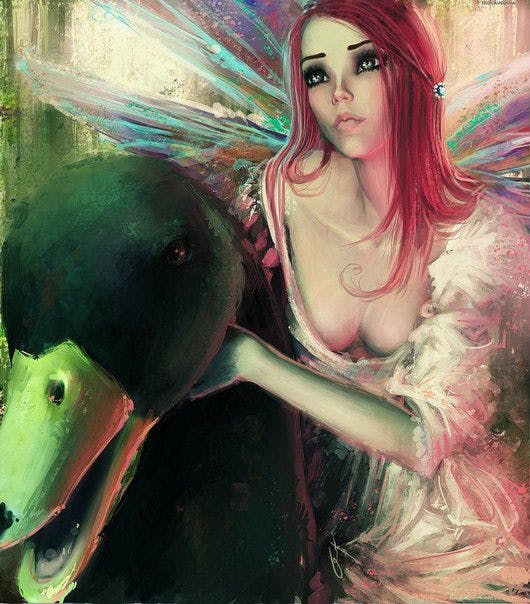 It’s easy to see why the press dubbed Shpagina “Anime Girl,” and why Japan in particular has been eager to talk with her. The two girls aren’t the only ones to attempt this kind of real life doll formation; it’s a growing fad, with others like Japanese fantasy model VenusAngelic paving the way. Here she is with Shpagina a week ago, attempting to do the horse dance from “Gangnam Style” together—notably, without Lukyanova.

Although both stars have risen dramatically in the few months since they gained widespread fame, Lukyanova’s exclusion from Shpagina’s Japanese press junket has provoked a rift between them that may prove permanent. The Kiev Post reported that on Monday, in now deleted posts that occurred on both models’ accounts on European social network VK, “Lukianova wrote on her page that she parted with someone who was dear to her, and that the reason for that was the person’s ego. She also implied that an ungrateful attitude was part of the problem.”

The same day, Shpagina snarked on her own VK account, “Other people’s drama, always unbearably trite.” The next day, perhaps driving the final nail into the coffin, she honed in on Lukyanova’s territory with her own “Russian Barbie doll” tips. Who knew a makeup tutorial could be so barbed?

It may seem like a superficial quarrel, but there’s nothing really trite about what Lukyanova is probably feeling. Despite becoming the living embodiment of the world’s “perfect” woman, the unnaturally beautiful Barbie, Lukyanova is still seeing herself get replaced by a younger, fresher model. Though Shpagina only has 51 YouTube videos to Lukyanova’s 508, she has 4,000 more subscribers and 11 million views to Lukyanova’s 19 million. While Lukyanova began to model nearly two years ago, Shpagina’s YouTube account is just 8 months old.

After their joint photoshoots went viral, Shpagina’s star has risen perhaps even more quickly. Lukyanova possibly yanked out her own ribs in her quest for beauty, while Shpagina’s claims to fame are more about simple makeup tips than drastic cosmetic alterations. While Shpagina notes she doesn’t do anything special to attain her look, Lukyanova actually starves herself, literally: she’s stated that her “ultimate goal is to be powered by solar energy; that is a complete rejection of food.” Most likely because of her anorexia, she is now unable to hold her neck upright for long periods of time: “thin and fragile neck, and big head.”

But despite Lukyanova’s painstaking attempts to become the ultimate sexual fantasy, she’s feeling outshined and threatened as Shpagina’s persona, more modern and appealing to many people than Barbie has been in a while, gains fame. As if that isn’t enough, the media is starting to shine the spotlight on Lukyanova’s younger sister, Olga—who is attracting attention for beauty without having gone through hell for her appearance.

Though Lukyanova’s anger at Shpagina won’t stop the increasing number of women who are attempting to look like anime characters and real-life dolls, it can serve as a simple, if grim, life lesson for the rest of us: