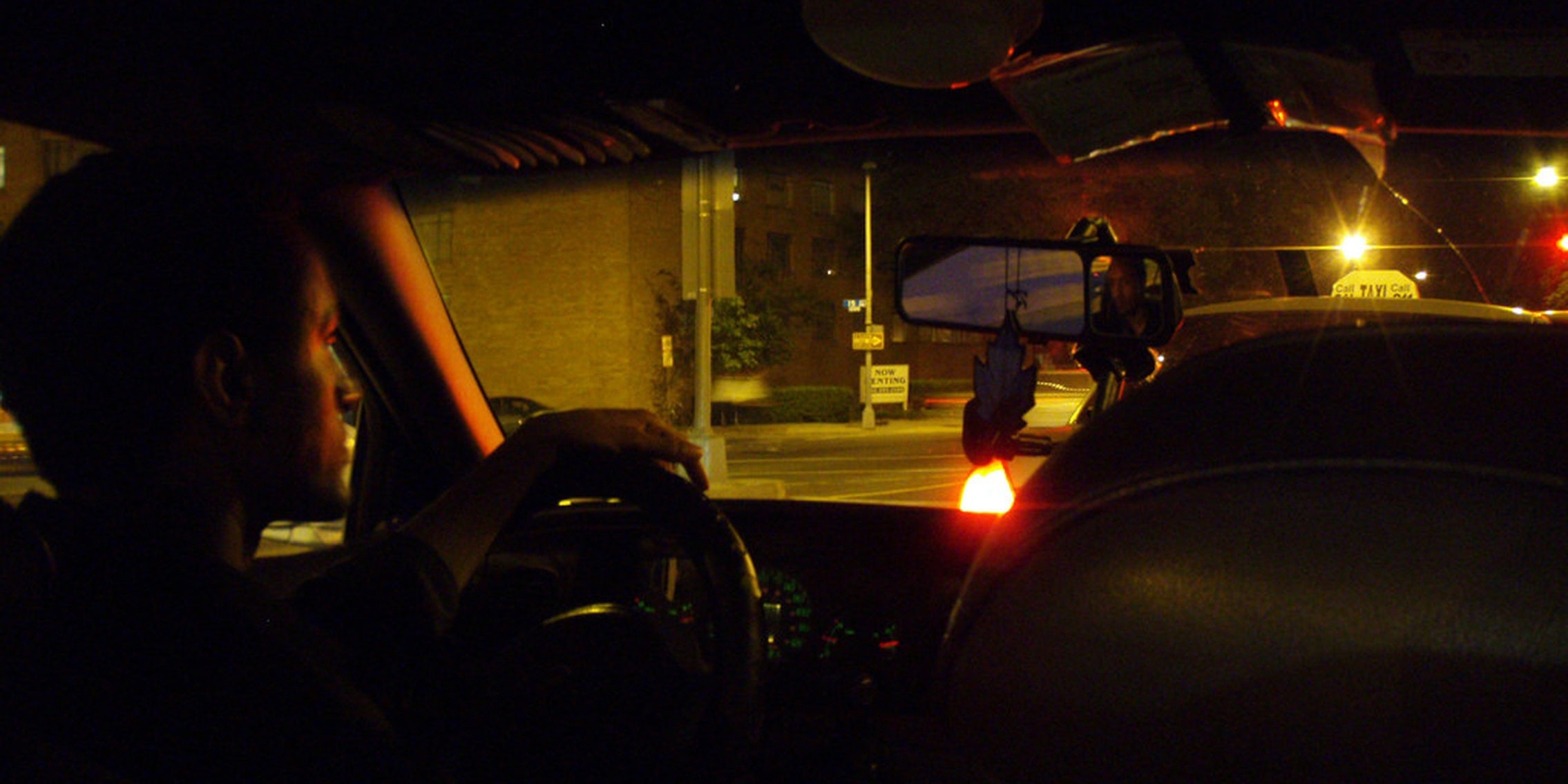 Ryan Simonetti of Convene was taken on the ride of his life.

The CEO of an online conference service was allegedly kidnapped by an Uber driver Monday afternoon.

The Washington Post reports that Ryan Simonetti of Convene attempted to take a cab with two of his colleagues for a short journey across Washington, D.C. He was then, in his own words, “kidnapped… held against my will, and involved in a high speed chase across state lines.”

Was just kidnapped by an @uber driver in DC, held against my will, and involved in a high speed chase across state lines with police #Crazy

After initially entering the cab, Simonetti noticed that a taxi inspector, who had previously been talking to the driver, began following their car, cop car lights flashing. “That cop’s following you. What’s going on?” Simonetti recalled asking.

The driver reassured them that “he’s not a real cop,” before apologetically running a red light, with the inspector in pursuit. Simonetti and company were then subjected to an 8-to-10-minute car chase in which Simonetti claims they nearly crashed multiple times, their constant demands to be let out flatly denied. “It was insane,” Simonetti recalled to the Post.

Eventually, the tech CEO took drastic action. Here’s how he recalled the incident:

“I physically tried to force his leg to hit the brake. I ripped off his pant leg… I said, ‘Here’s two options. You take this exit, or I’m going to knock the side of your head in. If we crash, we crash, but you’re gonna kill us anyway.”

The driver acquiesced, and sped off—”the wrong way up the exit ramp, into Virginia.”

Uber confirmed the incident to the Washington Post and is cooperating with authorities in their investigation. The driver’s account has been deactivated, pending further review. The D.C. Taxicab Commission is also investigating the incident.

It’s a headache for Uber, but it’s hardly the first one. Uber has made repeated assurances about its vetting process, but drivers have previously been accused of homophobic abuse, racist attacks, stalking and photographing customers, groping passengers, and allegedly raping customers. In one particular alarming case, a driver with a previous conviction for reckless driving reportedly killed a 6-year-old girl on New Year’s Eve in a car accident. Her family filed a wrongful death lawsuit.

Uber’s position is that as a platform, it is not responsible for its drivers. They are independent contractors, and Uber merely provides a service that facilitates their finding clients. And while the company has repeatedily stressed the importance of background checks, serious questions linger.

“As they get [bigger], how do you prevent stuff like that from happening?” Simoentti asked. “How do you screen crazy people out.”

The driver involved in the Simonetti case has yet to be named.