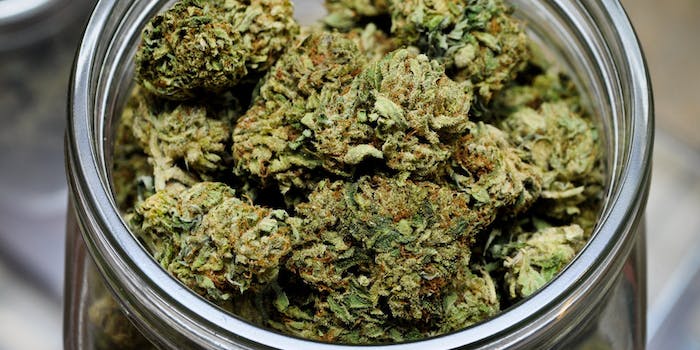 You know what they say about deals that seem to good to be true.

Never has there been a more confident, carefree group of drug users than those buying and selling on the Silk Road in the weeks leading up to April 20, 2012.

Hot off the infamous black market’s first birthday celebrations, those hazy-eyed optimists were busy getting ready for what seemed would be the greatest 4/20 sale of all time. A feeling of invincibility permeated the Road and all who walked it. If the cops hadn’t shut her down yet—after all the media attention the black market had received—then they might never come. This party didn’t have to end. 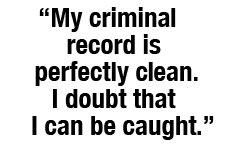 Tony76, an unbelievably successful new dealer, was about to take his crisp Canadian highs worldwide in a grand 4/20 sale that would bring in thousands of customers from across the planet.

A new spring had sprung in drug culture, it seemed. On the Silk Road, the possibilities felt endless.

“I don’t think I’m risking much,” one anonymous Silk Road vendor wrote on reddit in 2012. “It would be almost impossible for law enforcement to find me… Also, they wouldn’t suspect me. My criminal record is perfectly clean. Not even a parking misdemeanor… I doubt that I could be caught.”

April 20 has been the weed-smoker’s holiday for decades, ever since a gang of California stoners marked the early afternoon time as their designated smoking hour. And now, as more and more dealers have migrated their businesses to the anonymous oases of online black markets, 4/20 has become Black Friday for the Deep Web.

With this year’s 4/20 just around the corner, the Deep Web gleams with cheap drugs. A box of 50 edible pot treats costs just $210 over on Cloud Nine market. Girl scout cookies and hash oil are easy to grab as well.

Cannabis Road, a marijuana-only black market trying to establish itself as a major player, is holding raffles, with an ounce of any strain of pot the winner chooses as a prize. And Agora marketplace treats weed buyers with free doses of 2C-B, a synthetic bit of insanity that moved from medical use as an aphrodisiac to recreational use as an MDMA substitute in the 1970s and ’80s.

Pot isn’t the only hot product on 4/20. AllChem, a group of dealers on Agora, have used the holiday to push their LSD prices way down.

“Cheap like borsch, strong like bull,” they say. One hundred hits for $450 and 50 hits for $260 is the perfect amount to begin selling the drug yourself. These sorts of bulk deals generally go way beyond any sane personal use, and make it easy to use the Deep Web as the supplier to launch your very own illicit business.

Tony76 had become the site’s most popular vendor in just three months of operation by offering a top notch arsenal of highs ranging from heroin to marijuana. He jumped at the sale, offering big discounts and opening his shop to buyers outside of North America for the first time. 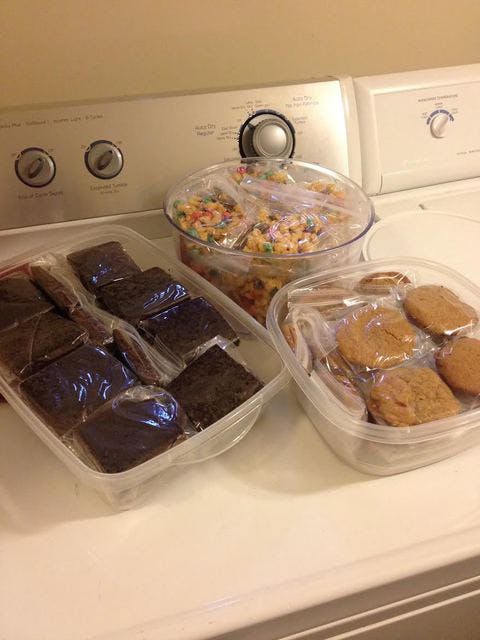 “Orders flooded in from users well accustomed to receiving high quality goods from this seller and from new users, excited to have the chance to buy from such an esteemed identity,” reported Eileen Ormsby at All Things Vice.

Tony sweetened the pot far beyond his usual offerings of drugs: “This 4/20, every 420 seconds, some lucky buyer will win one of our 420 great prizes!” wrote Tony. “From $50 gift certificates to a brand new iPhone 4s, some lucky person will be chosen every 420 seconds to win a prize.” The grand prize? A “trip for two with all the trimmings to paradise, all expenses included.”

The money poured in.

Tony wasn’t absolutely perfect, but what drug dealer is? Among his reams of positive reviews, occasional negativity found its way in.

When packages were late, some customers got angry. But most of the delays seemed to not be Tony’s fault. After all, shipping packages cross-continent meant that any hiccup from mail services could cause significant wait times for customers. For every negative review, a dozen buyers came to Tony’s defense, proclaiming their love for their favorite Silk Road vendor—a stand up guy, they insisted, who had gained the trust of the community at large.

By that April, Tony had made thousands of sales on Silk Road. When he went global for his 4/20 bonanza, the virtual line seemed to stretch into outer space.

“Tony is the best,” wrote Silk Road user ijumz. “He will always come through. No one has any need to worry. I know he gets backed up with more pointless messages than I can even imagine and I’m not about to add to that. If you should have faith in anyone, then it should be the #1 vendor on SR!”

Tony began his sale in March, so forward-thinking customers would receive their goods in time for 4/20 celebrations. But as the calendar turned to April, customers began to report claims of packages that arrived days and weeks late. Tony responded:

Trust me guys, this is harder on me than it is on you. You may not believe me, but i stress out a ton when things are late because i’m always worried that people will think i am unreliable etc. I wish i had the option of offering something like DSN’s [tracking packages] anonymously, but the fact is that it is impossible in Canada to get tracking without being on camera somewhere.

Other vendors were having similar shipping issues, said Tony’s defenders. The problem may have been in Canada’s postal system rather than a problem with Tony. Were they confiscating the packages? Was it low staffing and slow shipping? No one seemed to know the answers, and there was no place to find hints except from the anonymous posters on the Silk Road forum.

“All these posts are really stressing me out,” wrote Tony. “To the point that it’s fucked up my mood and i have been in a shit mood all day.” When, eventually, more posters wrote that they’d received their packages of high-quality drugs, a happier Tony appeared on the board to say that a customer’s patience is always rewarded.

“i’m #1 for a reason,” he concluded. “i take care of my customers. so don’t worry. I wont have anyone get fucked over. We’re in this together.” 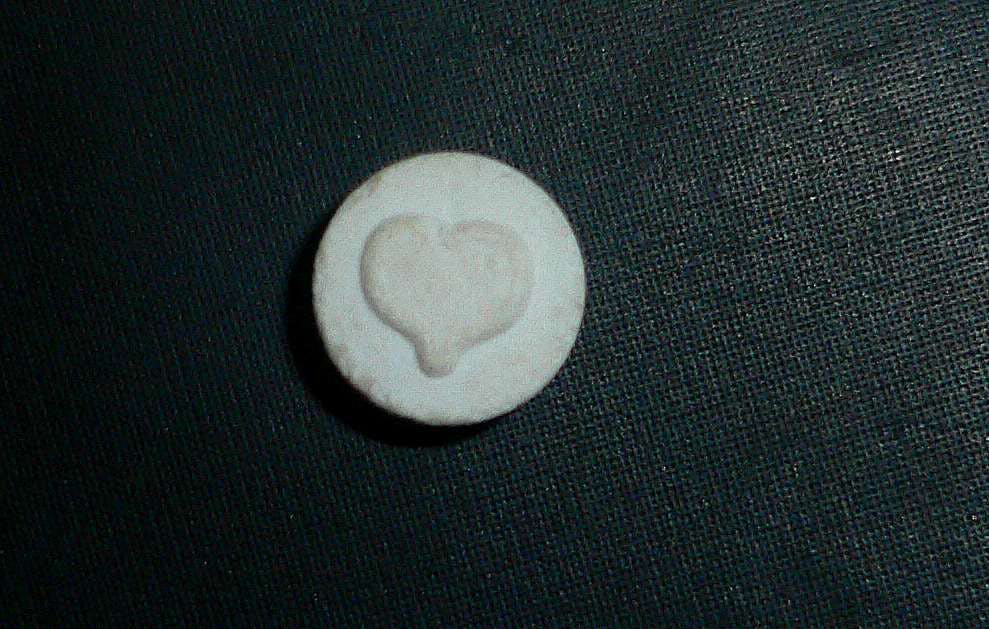 Business was up, but Tony’s problems persisted. He had been losing money by giving customers partial refunds for delayed packages. Problem was, he couldn’t verify the truth of most claims. Silk Road’s reputation system was broken, he said, because buyers could leave feedback for vendors, but vendors couldn’t leave feedback for buyers. He was being scammed, Tony claimed, and it was costing him money and his mental health.

In a move apparently meant to beat the scammers, Tony began to require that all customers “finalize early”—paying directly to Tony, rather than putting their bitcoins—the only currency accepted on the Silk Road—into an escrow fund until the transaction was complete. Suddenly, the no. 1 vendor on Silk Road was requiring all of his customers to circumvent the very system that made Silk Road a success.

This changed everything. One user, phubaiblues, summed up the Silk Road community’s response:

Silk Road is based on TOR, escrow, and bitcoins. By requiring that everybody go out of escrow, we buyers have no recourse if things go badly. Escrow is here for a reason. I’m real uncomfortable when someone with good reputation is asked to finalize early.

Within a week of April 20, 2012, it became clear that no one was receiving packages ordered during Tony’s giant 4/20 sale. Silk Road’s former golden child was accused of being a scam artist, the likes of which the black market had never seen. The massive trust that took just three months for Tony to build evaporated overnight.

Tony’s victims began to tally the total damage. Based on the number of complaints and the volume ordered, Tony likely got away with at least $100,000. Some estimates range up to a quarter million dollars.

Forum threads exploded and private messages flooded Tony’s inbox. He responded to precisely none of them. We know he saw the messages pile up because his last login date, April 25, 2012 at 09:51 p.m, came just as the tide of forum users against him hit its peak.

“He’s been a member for 3 months only,” wrote Thor, a Silk Road user. “Nobody really knows him. Most big sellers know they can’t stay in business for too long. Tony probably just cashed out.”

Days became weeks became months without a sign of life from the number one seller on Silk Road.

Dread Pirate Roberts, a notorious marketer as loud and self-assured as Steve Jobs, maintained a deafening silence as Tony bullied his way into a bigger bank account. But behind closed doors, court documents say, Dread Pirate Roberts—Ross Ulbricht, according to the FBI—burned at the theft from his black market. 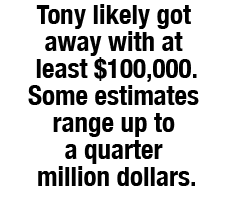 Before Tony, scammers were mere drops in an ocean. After Tony, the ocean began to turn black.

One year after Tony’s big heist, authorities say, Roberts had taken a violent turn. Court documents accuse him of coordinating six murder-for-hires on people who threatened his business. Tony was to be victim number three.

When Roberts’ muscle found that Tony lived and worked with three others in Surry, British Columbia, Roberts said he wanted to kill all four in order to have a “chance of recovering any potential product/money he may have,” and that “anything recovered would be split 50/50 with” the killers. Murdering all four would cost Roberts $500,000, an affordable fee for the Bitcoin-rich entrepreneur.

On April 15, the would-be killer, known as redandwhite, told Roberts that the deed had been done. But Canadian and American authorities were never able to uncover any homicides in the area near Tony’s address.

Today, Ulbricht sits in jail awaiting trial. And Tony—well, who knows where Tony went? Perhaps he saved that grand prize trip to paradise all for himself.