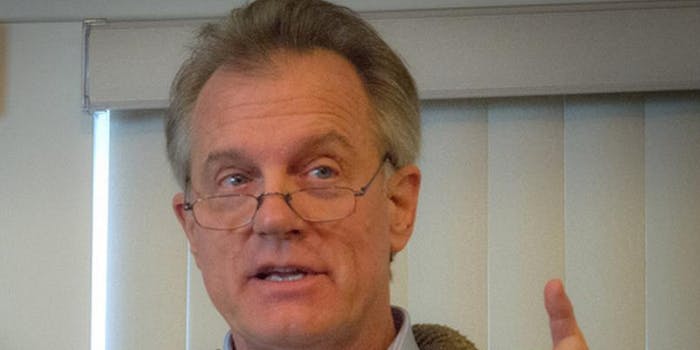 Collins is currently under investigation by the NYPD.

Actor Stephen Collins, who played the pastor Reverend Camden on 7th Heaven and Diane Keaton’s husband in The First Wives Club, has admitted to molesting underage girls on multiple occasions, according to secret tapes from a therapy session.

In the tapes, obtained by TMZ, Collins admits to molesting and/or exposing himself to a series of underage girls years ago. Faye Grant, Collins’s estranged wife who is currently in the process of divorcing him, secretly recorded the tapes during a counseling session in 2012, after he confessed to her that he had molested the girls. (According to California law, it is legal to record someone without their consent or permission if said recordings constitute evidence that a person committed a felony.)

Here’s an excerpt from the tapes, which you can listen to on TMZ. The names of the victims have been censored for their privacy.

GRANT: When you exposed yourself to [name redacted]’s 10-year-old sister, did you have an erection?

COLLINS: No, I mean, it…maybe? Partial erection, I think.

Collins later admits to exposing himself to the victim and placing her hand on his penis several times, when she was 11, “and then later 12 and 13.” He also admits to molesting two other underage girls on separate occasions.

The NYPD has seized the tapes and is currently investigating the allegations. (Two of the victims referenced in the tapes lived in New York City at the time.) An NYPD official confirmed to TMZ that there is a current active investigation into the molestation allegations against Collins, and that the nature of the investigation is “inappropriate sexual contact with minors.”