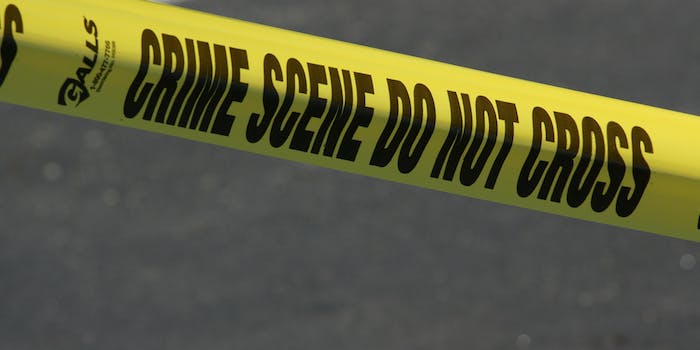 Transparency is not always enough.

Warning: This article contains graphic video content that may trigger or upset some readers.

In an apparent effort to ease tensions in the area, St. Louis police have released eyewitness video showing this week’s shooting death of a young African-American man killed by officers’ bullets.

Release of the footage comes as tensions continue to smolder in nearby Ferguson, Mo., where protests, sparked by the death of 18-year-old Michael Brown, have erupted nightly since Brown’s death on Aug. 9.

Brown, an African American, suffered six shots fired by Ferguson officer Darren Wilson, according to an autopsy report. He was unarmed when he died, a fact at the center of public unrest, which has spread across the United States over the past 12 days. Initial reaction to the video of Powell’s death indicate a heightened sensitivity to the use of deadly force by law enforcement.

St. Louis Police also released security camera video that appears to show Powell stealing merchandise from the store, as well as the 911 call reporting his alleged thefts and police dispatch recordings from before and after officers shot Powell.

The officers exit their SUV, guns drawn. Powell moves toward the officers saying, “Shoot me. Shoot me. Shoot me now, motherfucker.” He then looks back over his shoulder at bystanders, including the person who recorded the video, then changes course before moving at the officers once more. Within seconds after arriving on the scene, officers fired a total of 12 shots before Powell fell to the sidewalk, motionless.

Police and independent witnesses say Powell was carrying a knife at the time of his death, and used it to threaten the officers who killed him. Officials initially said Powell approached officers with the knife brandished in an “overhand grip.” Video footage of the incident, however, does not clearly show a weapon in Powell’s hands.

In response to the shooting death of Powell, St. Louis Police Chief Sam Dotson told KMWU that his department is cognizant of the widespread criticism of police action in Ferguson, and believes greater transparency can help stem further turmoil.

“I don’t think any of us can deny that the tension not only in St. Louis but around the county and the world because of the activities in Ferguson over the last 10 or 12 days certainly has led to us making sure that we got this right and answered as many questions as we could as quickly as we can,” Dotson said.

Despite Dotson’s efforts, reactions to the video on social media echo the anti-police sentiment that has consumed the events in Ferguson, with many criticizing the officers for failing to use non-lethal weapons against Powell.

Wild animals are treated better than Kajieme Powell was. They get tranquilizer darts, keys, and prods.

Just saw the video of police shooting Powell like he was an animal. They got out with guns drawn ready to kill. Didn’t even think taser.

watched the Kajieme Powell Shooting, that shit was uncalled for. there was no need to shoot that man. a taser would have worked just fine

They could have used a taser on Powell. Or those rubber bullets they used on Protesters. But no… they killed him. #Ferguson

In an interview with CNN’s Don Lemon and Chris Cuomo, Dotson argued that Tasers “aren’t 100 percent,” which could put police in greater danger.

“In a lethal situation,” he added, “they used lethal force.”

Photo via Ariane Middel/Flickr (CC BY 2.0)