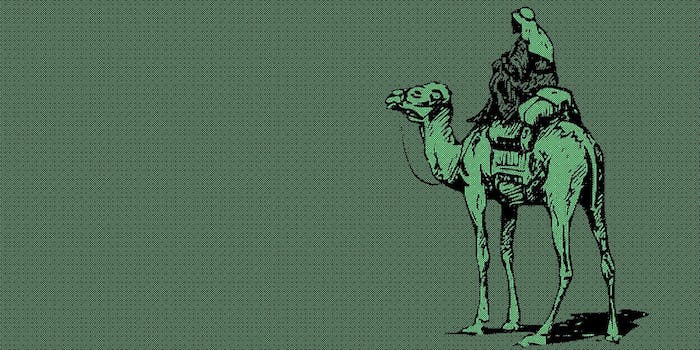 This is an unexpected turn of events.

In the third day of the Silk Road trial in New York City, suspect Ross Ulbricht’s defense has pointed the finger at Karpeles, the former owner of Mt. Gox, once one the biggest Bitcoin exchanges on the planet.

To back them up, Homeland Security agent Jared Der-Yeghiayan testified that his two-year investigation into Silk Road led squarely to Karpeles, a self-proclaimed “hacker.”

Karpeles is a French citizen living in Japan, and was found guilty last year of fraud in France. He is currently under investigation for massive fraud that led to the closure of Mt. Gox.

Ulbricht currently faces life in prison on charges that include drug trafficking, drug distribution over the Internet, fraud, and computer crimes.

Ulbricht’s lead attorney, Joshua Dratel, said that Karpeles was the man pulling the strings behind Silk Road from 2011 until 2013, and that his associate Ashley Barr, a Canadian computer scientist, became the famously libertarian voice of Dread Pirate Roberts.

“Lots of little things added up to [Karpeles],” Der-Yeghiayan testified.

In a meeting with other Homeland Security agents, Der-Yeghiayan recalled saying that “we have built up quite a large amount of information that leads to this.”

Der-Yeghiayan, however, was convinced that the investigation still had further to go before making an arrest and taking Karpeles to court. He advised other law enforcement agents against speaking to Karpeles about Silk Road, so as to not tip him off.

At the time, there were investigations into several potential crimes that Karpeles had committed.

Instead, other Homeland Security investigations into Karpeles, for separate and related crimes, led investigators to seize $2 million from Karpeles in May 2013, thus tipping Karpeles off that he was on the radar of the United States government.

Although he was “upset” about the premature law enforcement contact, Der-Yeghiayan said he continued his investigation into Karpeles.

“You believed him to be the mastermind behind Silk Road, keeping it secure and operating?” Ulbricht defense attorney Dratel asked Der-Yeghiayan.

As the argument was unveiled, Ulbricht let out a rare beaming smile and turned to his parents. They nodded at one another, marking the most electric moment in the trial so far.

Der-Yeghiayan testified that his own investigation had found that Mutum Sigilum, a Karpeles holding company, had registered silkroadmarket.org as a means to publicize the site further.

The Homeland Security agent’s theory was that Karpeles, as owner of Mt. Gox, held an enormous amount of Bitcoin. He used Silk Road to leverage that price and raise it, which it did by several hundred times over during the course of Silk Road’s lifespan. Bitcoin was worth around $2 at Silk Road’s launch and hit as high as $290 by 2013.

In the summer of 2013, a separate Baltimore-based Homeland Security investigation into Karpeles went to meet with the Karpeles’s lawyers, explicitly against Der-Yeghiayan’s wishes. At this meeting, Karpeles’s lawyers brought up Silk Road and said that Karpeles was willing to give up the person he thought to be running Silk Road in order to gain immunity from other charges pending against him.

Der-Yeghiayan said he was “upset” about the contact and says he wrote a lengthy memo about the problems in the investigation.

Dratel says that it was only after this happened that Ulbricht was lured back into Silk Road, an entity he allegedly left behind two years prior, in order to be the “fall guy” who would ultimately take the charges that could leave him in prison for life.