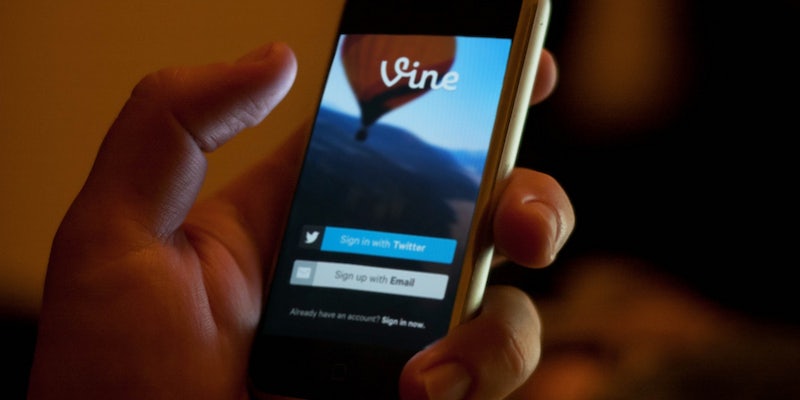 Six seconds seems like a lifetime in this horrific video.

Disturbing footage of an unconscious woman apparently being raped on a rock in a park on the South Side of Chicago spread throughout the city Sunday night through Vine, the six-second video-sharing app.

In the clip, a man, dressed in a black-and-grey striped shirt with his pants around his ankles, has sex with a woman lying face down.

“Bruh she really just laying there lifeless,” one Twitter user wrote. He attached a screengrab from the vine.

The clip was originally posted by a user named Johnathan Jno, an individual who, until recently, went by the username @Jnodagreat on Twitter. That handle’s tweets are now protected, and it’s being reported that the individual also used the Twitter handle @VinceHarperHall, temporarily at least. A Facebook account tied to the aforementioned handles has been deleted, as well.

The video has since been deleted from Vine, too, though a copy can still be found on Vimeo. Twitter users reacted by tweeting at Chicago Police, sending links to @Jnodagreat’s account and the vine, which has been removed.

Did anyone download the rape vine? If so, call Detective Krettej at 312-747-8380 to forward it to him. He already has @jnodagreat id & fb

The poster’s identity notwithstanding, what’s entirely up in the air is the identity of both the victim and the friend executing the rape. Names are being tossed around, mostly by Chicagoans concerned about the alleged rape on Twitter, but nothing’s concrete concerning any component of the incident.

Individuals who may know more about the incident are advised to call the Chicago Police Department at (312) 745-4290.