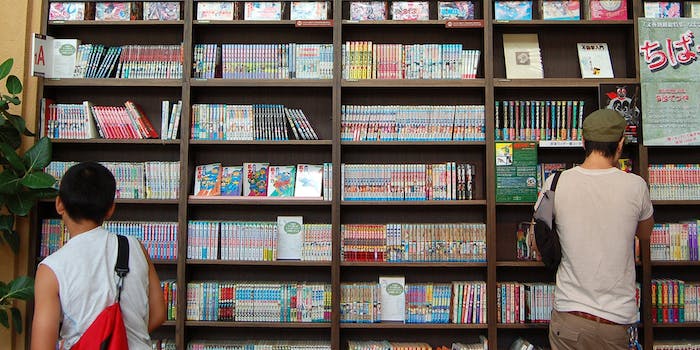 Sexually explicit depictions of children in manga, anime, and video games are OK, though.

A new Japanese law bans the possession of child pornograhy—except for sexually explicit depictions of children in manga, anime, and video games.

The upper house of Japan’s parliament, the House of Councillors, voted on Wednesday to approve the law.

Possession of child pornography now comes with jail terms of up to one year and fines of up to $9,800. Interestingly, those in possession are allowed a grace period of one year to dispose of illegal pornography.

The Japan Cartoonists Association said a ban would damage the industry when, unlike “real” child pornography, no one was being hurt.

“Actual children suffering and crying is not acceptable. But manga doesn’t involve actual children. So there are no actual victims,” lobbyist Ken Akamatsu told CNN.

Child welfare advocates argue that the cartoons have been used to convince children that sex abuse is normal.

In 2012, the number of child pornography cases in Japan rose to its highest-ever level at 1,596, the vast majority of which took place online. As a result, the U.S. State Department labeled Japan as an “international hub” for the illegal material.