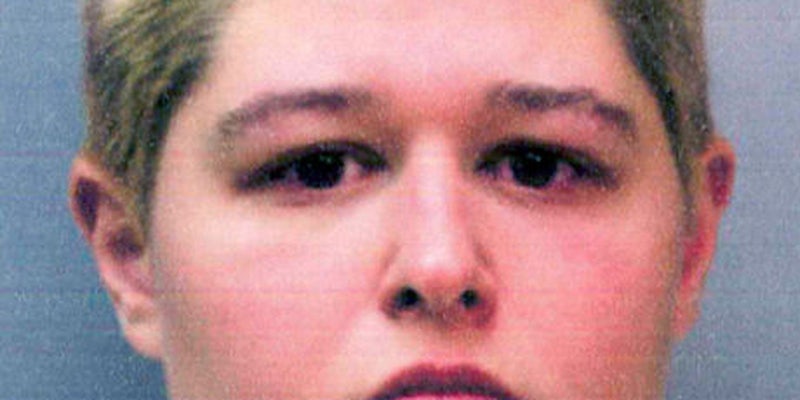 Craigslist idiots in Iowa are back in the news this morning.

Craigslist idiots in Iowa are back in the news this morning after a woman was arrested for using the online classified site to put a hit on her father.

Meghan Schmidt, 23, of Dubuque County, had spent part of the past month soliciting potential suitors for the job of killing her father.

She went about advertising for the job on Craigslist, like any other service—lawn mower, mulcher, carpenter, writer’s muse, you name it—except on her listing, Schmidt wrote that she was offering $10,000 for a job whose specifics she could not disclose.

Naturally, a number of Craigslisters phoned in. When they reached Schmidt, they quickly learned that the job she was advertising for was no ordinary job at all.

“When you would respond to it, ‘Hey, I’m interested. What do you have?’ She would immediately inform these people that she would like her father killed,” explained Dubuque County sheriff’s department captain Bob Lynn, who’s been overseeing the case. “She openly gives out the job specifics to anybody that responded.”

That’s something the sheriff’s department learned firsthand when it directed an undercover officer to call Schmidt.

The officer met with the woman, who gave the officer a photograph of her father and repeated the request to have him killed.

“We came in and took her up on her offer,” Lynn said. “We made sure she was serious about this.”

Schmidt was arrested and currently faces felony charges of attempted murder and solicitation to commit murder. Court records do not currently list an attorney, and she faces a $50,000 cash-only bond—something that would require her destruction of five fathers.

As for Bob Lynn, he’s still trying to figure out how this all happened.

“Usually this is something that takes place in a seedy bar or something like that,” Lynn said. “Who utilizes Craigslist?”