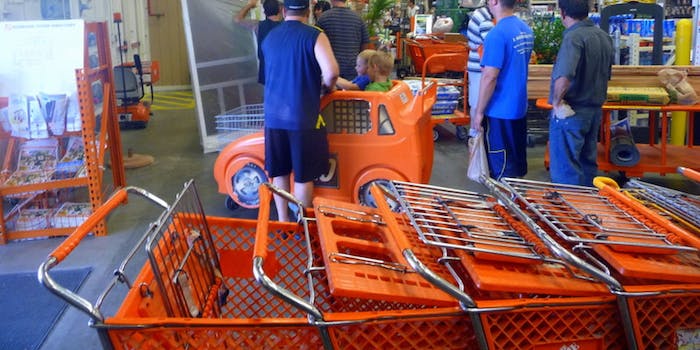 Thousands of stores may be affected.

Hackers appear to have broken into retailer Home Depot, stealing a large batch of credit and debit cards from the company’s customers and putting them up for sale online, Brian Krebs reports. A company spokeswoman said they are investigating the claims.

The largest home improvement store in the United States and an $80 billion per year institution, Home Depot operates over 2,200 stores in North America, nearly 2,000 of which are in the U.S.

Krebs reported that multiple unnamed financial institutions shared information about the possible breach with him, all of which pointed to Home Depot.

The credit cards were being sold at rescator.cc, a popular cybercrime market run by the eponymous Rescator, who Rescator previously made his name by selling credit card information from the enormous 2013 Target hack that exposed the financial information of up to 110 million customers.

Krebs says the same group may be responsible for this new hack.

Cards stolen from European banks were being dubbed “European sanctions” and cards from American banks received the name “American sanctions.”