You're only as good as the company you keep.

The recent indictment of FedEx on charges of illegal drug trafficking is a sordid story of alleged complicity and denial by one of the world’s largest couriers. But in the first federal charge against a delivery company for drug dealing, questions have arisen about whose responsibility it is to check what’s in a suspicious package.

According to a federal grand jury in San Francisco, FedEx has known since 2004 that it was used for the delivery of illegal drugs from online chemical retailers. Not only was it warned by the U.S. Drug Enforcement Agency (DEA) and members of Congress, its own drivers complained to managers that they were hassled by addicts asking for pills and delivered to sketchy locations, such as parking lots and abandoned buildings, where groups of people were all waiting for the same package.

The 15-count indictment says that FedEx appeared to set up procedures to prevent this kind of madcap slinging of suspicious packages from online pharmacies. But the rap sheet also alleges that it set up bureaucratic safeguards to minimise the damage of certain pharmacies being busted.

“I can assure you that these types of accounts will always result in a loss at some point,” a FedEx memo filed in the indictment says. “They have a very short lifespan and will eventually be shut down by the DEA.”

In addition to turning a blind eye to the drugs, FedEx is also accused of conspiring with two online pharmacies to supply its customers with prescription drugs without a valid prescription. FedEx, the indictment alleges, conspired with two criminal enterprises to keep their accounts active, even though it knew the nature of their businesses.

Superior Drugs was a licensed Florida pharmacy run by Wayne White, who was convicted of supplying controlled substances from 2002 onwards and sentenced to five years of jail time in 2012. Since he had access to prescription medications, White filled the orders of many websites that offered pharmaceuticals—often painkillers and diet drugs—based on phoney consultations with doctors. 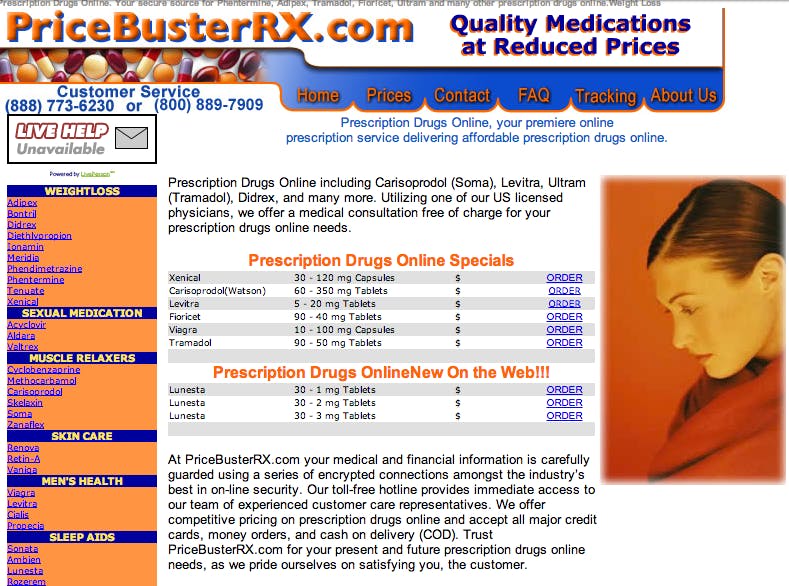 One of these sites was PricebusterRX, a popular source of illicit weight-loss drugs, which was taken down when the DEA busted its owner, Anthony Spence, in 2010. According to texts from Spence’s site copied onto Weight Loss Forums in 2008, customers were told that their orders would be reviewed by a doctor—consultations we now know were a sham—and shipped by FedEx.

The Justice Department (DoJ) also names the “Chhabra-Smoley Organization” as collaborators in illegal drug dealing with FedEx. This refers to a ring of websites, such as RxNetwork and USA Prescription, used to sell prescription drugs to people who had no authorization from a doctor. These were initially operated by Vincent Chhabra, who was nailed in 2003.

While Chhabra was a licensed pharmacist originally from India, his successor seemed a far less likely character to become Florida’s online drugs kingpin. Robert Smoley was a popular lawyer and former mayor of North Bay Village who took over the business, shipping millions of pills across 17 websites from a Florida warehouse. 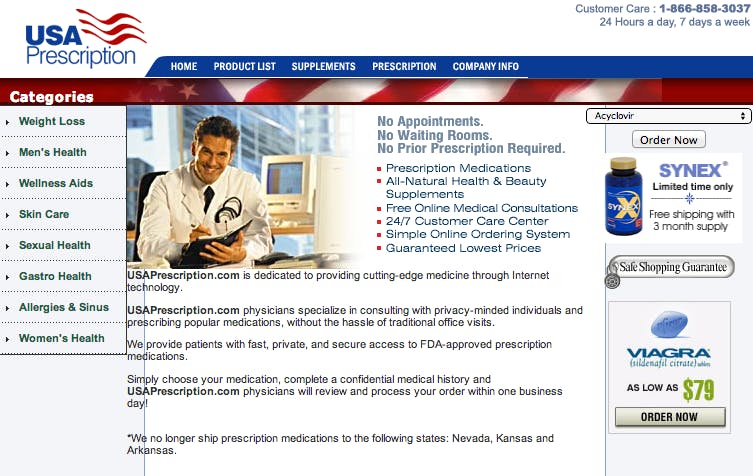 All this time, the U.S. government says it continued to warn that the organization now headed by Robert Smoley, who took over for Chhabra, were used to deal drugs illegally. The indictment alleges that when the RxNetwork was shut down in 2003, after Chhabra’s apprehension, FedEx not only knew what he’d been busted for, they “explicitly recognized the connection” between the busted pharmacist and Smoley’s operations—which used the same address and company names—in a conversation between managers and a concerned employee. 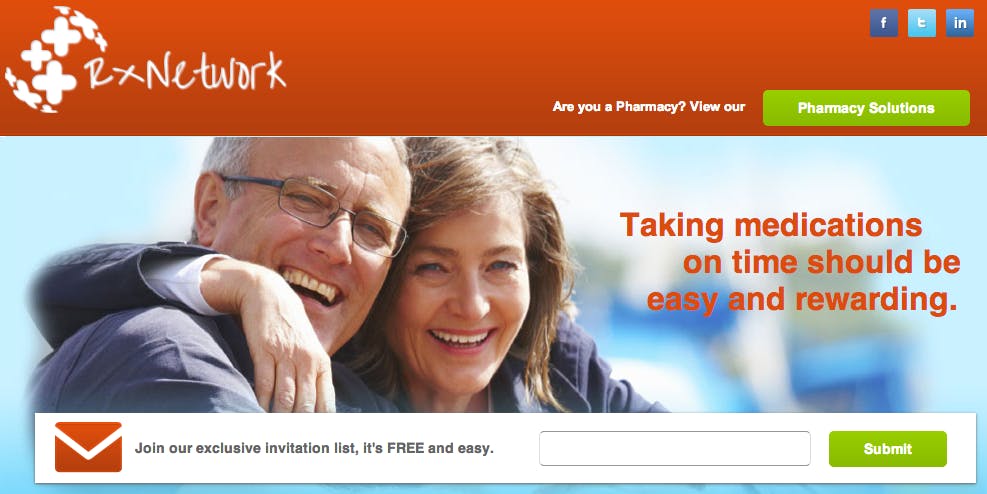 Even though senior managers at FedEx are said to have known the nature of its clients’ businesses, no individual has been indicted on criminal charges. NBC News reports that, if found guilty, FedEx faces fines that could total $1.6 billion, or double the estimated $820 million profits from the pharmacies’ accounts, in addition to five years probation or a $2.5 million fine.

In a statement issued by the DoJ, U.S. Attorney Melinda Haag said that the indictment against FedEx “highlights the importance of holding corporations that knowingly enable illegal activity responsible for their role in aiding criminal behavior.”

The FedEx indictment is the culmination of years-long investigations by the US Attorney’s Office for the Northern District of California, which announced in 2012 that it was going after couriers for delivering prescription painkillers.

While FedEx has always said it’s not a courier’s job to screen packages and vowed to fight the charges, UPS settled for $40 million in 2013 and promised to tighten its compliance procedures.

FedEx is due in court on July 29, where it will vigorously deny all charges, as well as argue its customers’ privacy is “now at risk” because of the DoJ indictment.

“We want to be clear what’s at stake here: the government is suggesting that FedEx assume criminal responsibility for the legality of the contents of the millions of packages that we pick up and deliver every day,” FedEx said in a corporate statement. “We are a transportation company—we are not law enforcement. We have no interest in violating the privacy of our customers. We continue to stand ready and willing to support and assist law enforcement. We cannot, however, do the job of law enforcement ourselves.”

Photo via Kurtis Garbutt/Flickr (CC BY 2.0) | Remix by Jason Reed