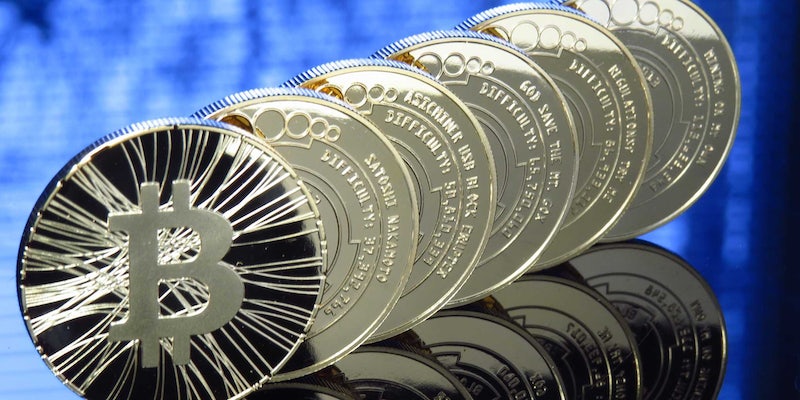 Bitcoin presents a huge growth opportunity for criminals, too.

Currently sitting at an all-time high of $400, Bitcoin, the world’s most popular digital currency, doesn’t seem ready to stop climbing. It’s on pace to hit $500 by the end of November, to amass a $6 billion market cap.

To put that in perspective, the market sat at $115 million exactly one year ago. That’s a 3,900 percent increase in 12 months.

Digital currency holders have never felt so vindicated as they do today. They’ve also never been under so many attacks. Hackers are targeting the increasingly valuable cryptocurrency more than ever before. In just the past few weeks, three major thefts have hit the Bitcoin world.

In late October, Australian Bitcoin wallet service input.io was hacked for 4,100 bitcoins. At the time, that totaled $1.2 million. If the thieves were smart or lucky, they sat on that money as an investment. It’s now worth $1.6 million.

On Oct. 26, the same day the input.io hack ended, the Chinese Bitcoin exchange GBL shut down and “vanished without a trace.” The site’s traders lost $4.1 million to what appears to have been a hit and run scheme set up by the site’s owners, who provided false identification when they registering the business in June.

The hits just keep coming. On Nov. 11, Czech-based exchange Bitcash.cz came under an attack which successfully robbed 4,000 customers of 485 bitcoins, worth $188,000.

The only foolproof way to protect anything digital with certainty–including but not limited to bitcoins–is to hold it offline. Bitcoiners, who refer to offline reserves as “cold storage,” can use USB drives, physical bitcoins, offline encryption keys, or even paper wallets to prevent cyberattacks. But given the extra layer of difficulty, most Bitcoins are not stored in this way.

The threat of so-called “rogue pools” of Bitcoin miners has emerged after a Nov. 1 research paper from Cornell University called “Majority is not Enough: Bitcoin Mining is Vulnerable” outlined a method by which rogue miners—as opposed to “honest” miners in the public—could purposefully manipulate the mining process to gain four times what they would normally make. Additionally, they’d make “honest” miners’ efforts null and void, wasting not just their time but also the considerable cost of hardware and electricity that it takes to run dedicated mining machines.

In the last month, a new piece of malware has taken computers hostage until unlucky users pay a ransom. Dubbed “ransomware,” the new attack is exemplified by CryptoLocker, a particularly effective piece of software that encrypts everything on your computer and demands payment to unlock it all. If you don’t pay in 100 hours, CryptoLocker threatens to wipe out everything on your machine. 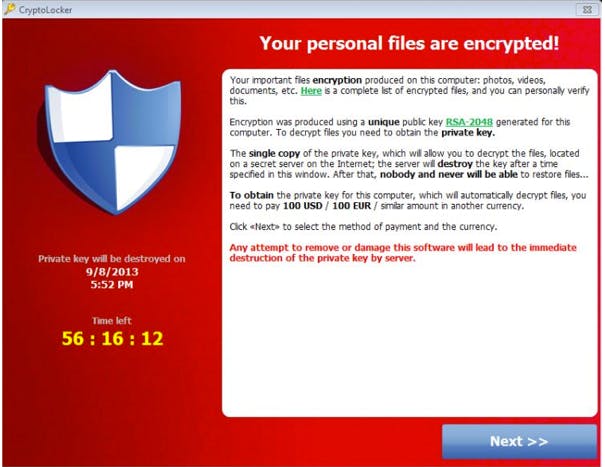 Payments are handled through reloadable debit cards or Bitcoin due to the relative ease of throwing investigators off of the trail.

Within the last week, the Deep Web black market known as Deep Bay appears to have shut down and stolen several thousand dollars worth of bitcoins from users. Deep Bay gained some notoriety after the fall of the most popular black market online, Silk Road, but was unsuccessful compared to its competitors. The owners seemed to have sized up the situation and decided on cashing out at the expense of users.

Of course, classical, government-backed currencies see thefts all the time,  but the digital nature of Bitcoin means that many of the robberies happen right where everyone can see them. Observers can analyze the cyberattacks and watch the money leave the wallets.

Bitcoin-backers hope the cryptocurrency would change the world but they probably didn’t expect it would give us all a front row view of million dollar heists on a regular basis.