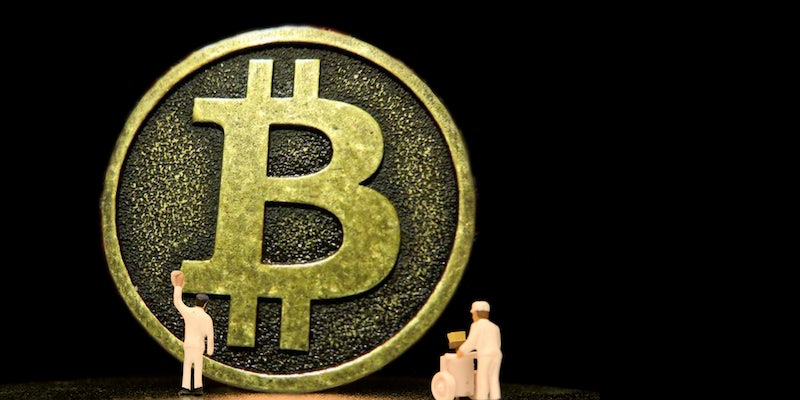 Scammers are always the ones you most suspect.

UPDATE: Vortuarackne has returned to Bitcointalk, explaining that “my site was compromised last night,” and referring to the seeming scam as a “gigantic cock up.”  He says he’s returned all the money. At the time of this writing, his public wallet had 10.9 BTC of what had seemed to purely be donations from this round, his wallet still holds 3.2 BTC. Some users have reported they’ve been refunded in full, but others say they only got part of their money back.

Users who gambled thousands of dollars in something called PonziCoin are furious that, apparently, they’ve been scammed out of their money.

PonziCoin isn’t another flavor of cryptocurrency that has flooded the Internet. According to its creator, who goes by Vortuarackne, it’s a simple gambling game. It’s played with bitcoins, and the theme of the game is, well, a Ponzi scheme. The earliest people to send money to the game’s creator, Vortuarackne, and get a promise that they’ll get an increased payout. If you send it to him too late, you might be S.O.L.

The game’s first six rounds apparently went off without, a hitch with Vortuarackne quickly paying back, as players noted. But with the seventh, which started Sunday, he changed the rules slightly: he’d pay the final submitter back double what they put in. (I have to assume some had wizened up to the fact that if you didn’t send money early, you were throwing money away.)

Since Bitcoin transactions are public, Vortuarackne’s PonziCoin wallet is open for the public to see. Forty-five Bitcoiners played that round, and sent him a total of 10.9 BTC ($6,796). Then… nothing happened. They payout didn’t come. (Vortuarackne hasn’t been active since the game ended, and didn’t respond to the Daily Dot’s private message request.)

On Bitcointalk, the forum Vortuarackne used to introduce and discuss the game, users were none too happy. “DICK MOVE VORT,” wrote howzar. “Looks like he’s taking the money and running,” lamented jzulli. “Coins are gone, we’re going to have zero recourse,” wrote phzi.

In V’s second-ever post on Bitcointalk, he was almost completely honest, writing, “I’m currently developing my own ponzi site.”

“Ponzis are just another form of gambling,” he added. “Some win but the majority to lose.” He just didn’t specify he’d be the winner, and the losers everyone who played.