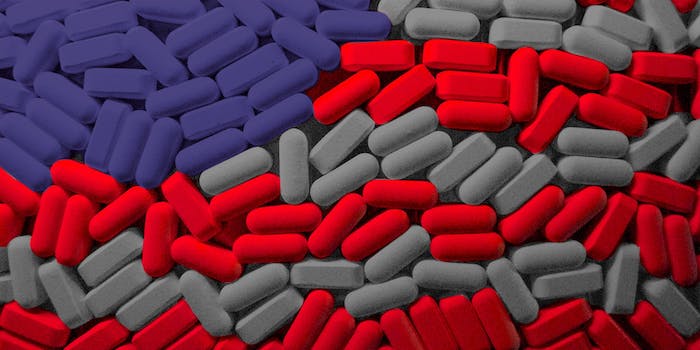 Junior Cadet Nathaniel Penalosa is facing up to 15 years in prison on 10 criminal charges.

An Air Force Academy cadet was arrested for buying illegal drugs from Dark Net markets and shipping them to the Colorado school, the Gazette reported Tuesday.

Junior Cadet Nathaniel Penalosa is facing up to 15 years in prison on 10 criminal charges for allegedly manufacturing, using, and selling drugs like MDMA, LSD, and prescription drugs to other cadets; three of whom testified against Penalosa in exchange for immunity from criminal charges. The drugs Penalosa allegedly brought to the academy were used to boost studying as well as for recreational purposes.

“If I stared at something, it looked like it was melting,” cadet Luca Simmons testified at a hearing where he described what it was like to use LSD purchased from the Dark Net in his dorm.

The Dark Net is home to dozens of anonymous black markets that sell a wide range of products including illegal drugs. The drugs tend to be of higher quality and purity than what is normally found on the street because of a thorough review system that rewards good sellers with more visibility.

Penalosa’s alleged crimes were found out by a routine dorm room inspection in November, the Gazette reported. Since then, a full-blown investigation by the Air Force uncovered the cadet’s alleged reception and sale of drugs.

The fact that it took a random dorm inspection to allegedly uncover drug residue, a scale, and small baggies that tipped off officials means that the drugs made it through the postal service and the Air Force mail service without tipping off any inspections. That speaks to the high level of mail security taken by many Dark Net sellers.