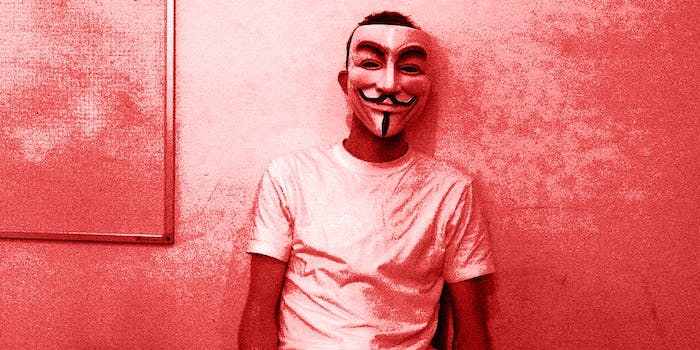 Disturbingly, it doesn't appear to be a hoax.

This story contains graphic content that may be NSFW.

Police are investigating a Washingon man who apparently murdered a woman before posting photos of her corpse on the notorious anonymous online message board 4chan.

Screenshots circulating online show multiple photos of the apparent murder, as well as the suspect discussing it. They appear to have been posted shortly before 3pm on Tuesday, Nov. 4, and the suspect tells other 4chan users to “watch the news in Port Orchard in a few hours.”

The Daily Dot has seen the screenshots and photos but has not been able to externally verify their authenticity.

Local news reports confirm that the Kitsap County Sheriff’s Office is investigating a “suspicious death in the Port Orchard area, which “appears to be a homicide.” The victim is a woman in her early 30s.

“This is not a random target of opportunity where somebody decided to kick in a door and kill somebody,” spokesperson Scott Wilson said. The photos purportedly of the murder are a focal point of the investigation, Wilson has confirmed.

The victim’s body was found around 3.30pm Tuesday by a family member—as the suspect predicted on 4chan would happen. News outlets are giving contradictory reports as to whether the victim was the suspect’s wife, girlfriend or otherwise. The 4chan screenshots give no indication as to the nature of the relationship between the two.

The suspect who posted the photos also detailed their intention to commit “suicide by cop,” and the police are currently hunting for the victim’s car, a gold 2001 Ford Focus, with the license plate 495-YLY.

Threads discussing the case on 4chan are being deleted almost immediately.