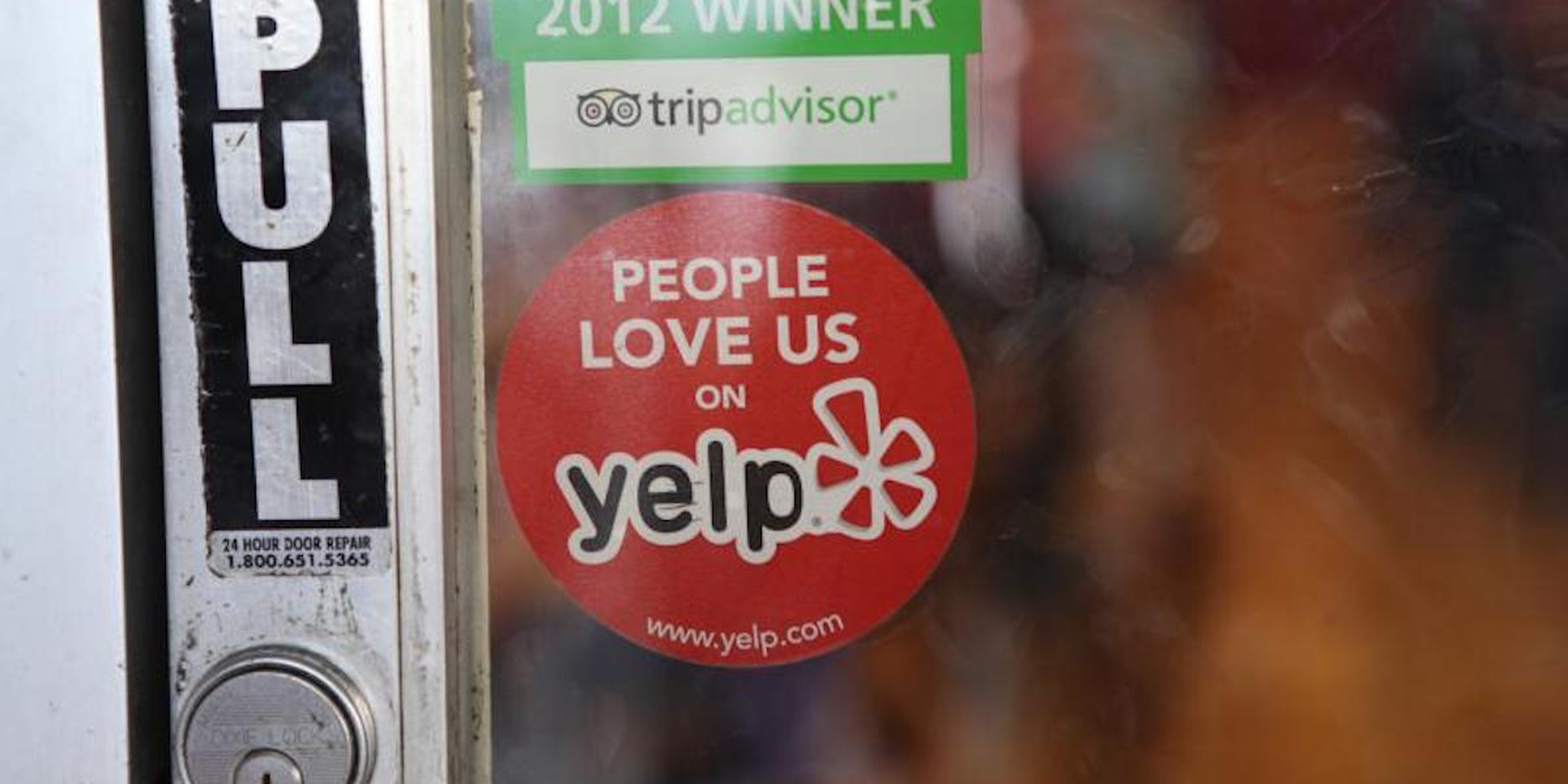 Yelp is fighting to close down BuyYelpReviews.com, a site that allegedly sells phony Yelp reviews to small businesses.

Businesses can live and die by the quality of their reviews on Yelp, the online review database whose loyal users have become kingmakers—or slayers—in the small business world. Little surprise, then, that there’s a growing Yelp underworld of fake reviews and phony accounts.

Yelp is not pleased. Last week, it levelled a major lawsuit against what’s easily the biggest marketplace for shady Yelp transactions, BuyYelpReview.com.

If successful, the complaint—filed June 20 in the United States District Court in Northern California—would see BuyYelpReview shut down immediately by order of a court injunction, as well as pay Yelp back for the costs of the trial and as much as three times whatever BuyYelpReview made from selling reviews.

For about $25 per review, BuyYelpReview will populate your Yelp page with glowing testimonials. Here’s what they promise customers:

Buy Yelp reviews from the most trusted source in the industry. We offer 100% real reviews from aged accounts. All have real friends, activity, check-ins etc.. Using our in house Yelp experts we form high quality reviews that will not be filtered out. We analyze all aspects of your business and ensure that your reviews are realistic. Receive unlimited 5 star reviews and start attracting more customers.

Yelp depends on maintaining a certain level of trust with its customers, and it goes without saying that services like this completely undermine its business—and its usefulness. While the crowd’s taste isn’t always reliable, Yelp’s users still have a certain level of confidence in the company. When your average Yelper takes an evening to visit a 5-star-reviewed restaurant, they’re expecting something great. And if that doesn’t happen, Yelp loses its legitimacy.

Digging up the identity of the company’s owner was relatively easy. Meet Timothy Catron of Sarasota, Fla.

Catron also runs AdBlaze.com, where he specializes in search engine optimization and other online marketing schemes.

Catron had previously offered a similar review-buying service on AdBlaze itself, until he received a cease-and-desist letter from Yelp’s lawyers at the end of January. Catron replied:

“Any mention of Yelp has been removed from Adblaze.com. If you has issues with the legality of my business I suggest you call the police instead if quoting laws you have no authority to enforce. Have a nice day.”

But though Catron did indeed scrub references to Yelp from AdBlaze, the complaint alleges he immediately started a new product. By March 24, the AdBlaze Twitter account advertised a new site: BuyYelpReview.com.

The new site’s connection to AdBlaze was further confirmed, the complaint alleges, after a kind of digital undercover investigation. In early 2013, Yelp’s legal team created a fictitious business on the site, then purchased reviews through BuyYelpReview.com. AdBlaze charged the fee.

Yelp’s nine claims focus largely on trademark infringement—Buy Yelp Review does seem to be trading on the Yelp name—and false advertising. The company has asked for an immediate injunction that would require Catron to shut down BuyYelpReview’s services, identify each and every fake review he ever allegedly left, and come clean on just how much money he’s made.  On top of that, Yelp wants an award of “treble damages” for the alleged trademark infringement.