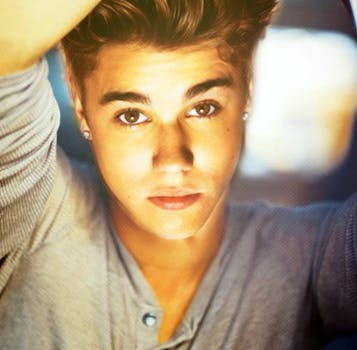 Universal Music Publishing Group made swift moves to make more money off of the Internet this week, finalizing deals with Maker and Fullscreen, two of the largest networks on YouTube.

Universal Music Publishing Group made swift moves to make more money off of the Internet this week, finalizing deals with two of the largest networks on YouTube.

According to a Billboard report, the publishing company has struck licensing deals with both Maker Studios and Fullscreen, Inc. The two agreements will allow for the publishing company to recoup an undisclosed percentage of revenue from ads that run alongside cover videos of the Universal Music songs on YouTube.

The deals also include a clause that ups the amount of advertising money Universal pulls in when a Maker and Fullscreen content creators uses master recordings owned by Universal Music in their own videos.

That amount is to change—and potentially a drastic amount, considering the elevated advertising rates Maker and Fullscreen charge in comparison to the average YouTube video—though neither Universal nor Google, which owns YouTube, would elaborate on the details of the deal, the Wall Street Journal reported.

“This is a groundbreaking arrangement that encourages the use of our music,” UMPG chairman and chief executive officer Zach Horowitz said in a statement shortly after the deal had been made. “We hope it serves as a template for all other multi-channel networks.”

The newly minted deal is great news for Universal Music and decent news for Maker and Fullscreen’s content creators, who combine to accrue more than 4 billion video views a month.

Those creators are now free to utilize music from the collective catalogs of such luminaries as Adele, Justin Bieber, and Eminem, though it’s likely that some of those creators aren’t too excited to have another corporate arm stirring the pot.

The previous arrangement—which wasn’t much of an arrangement at all—left policing of UMPG masters up to the interpretation of YouTube’s massively flawed Content ID system, which scans the site’s contents looking for replicas and lifted tracks but can’t always properly detect melodies and often finds itself shooting off target.

“It hasn’t been easy for publishers to locate all those covers in order to being monetizing them,” Fullscreen founder George Strompolos told Billboard. “Once publishers have found those covers and allowed ads to be placed against them, those videos have usually peaked,” meaning that they’ve already accrued most of their financial gains. Under the new deal, “publishers start monetizing covers from the very first view. They don’t have to be in reactionary mode.”

Fullscreen maintains a network of more than 700 YouTube-based musicians. Just last year, the company worked out a similar arrangement with Warner/Chappel Music, Inc., that afforded its creators full use of the publisher’s catalog.