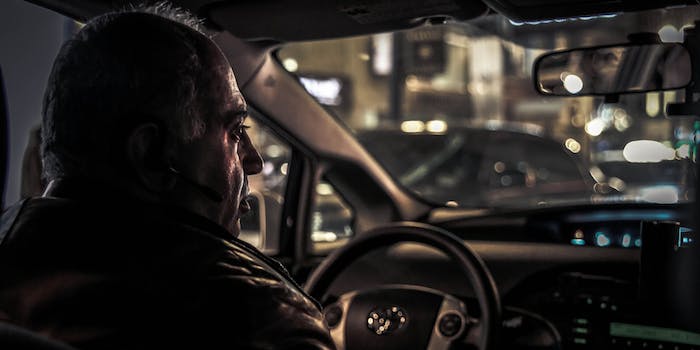 How much do Uber drivers really make?

Hint: It involves a lot of coffee.

What does an Uber driver really earn?

Last week, the taxi cab startup, which is currently valued at $18.2 billion, offered one answer to that question, claiming an Uber driver could earn $90,000 a year working in New York City, and $70,000 in San Francisco. To put that in context, an ordinary cab driver in San Francisco earns around $35,000 a year.

These claims were seen, as you might expect, as wildly innacurate, with outlets including Time, ValleyWag, Pando Daily and many others weighing in with their own reports and speculation. One particularly contentious stipulation, critics pointed out, is that Uber’s figures were the “median” earnings, meaning they aren’t revealing the lowest and highest earners. The high figures could be as great as $150,000 if the low figure is $30,000.

If these figures are even remotely correct, then a lot of Uber drivers didn’t get the memo: On Monday, drivers staged a protest in San Francisco (not the first) to complain of lower fares, among other things. They say Uber cheats its drivers by lowering taxi fees, banning tips and increasing Uber’s commission per cab ride.

In other words, they feel they’ve been lured into a honey-trap. Uber offered them the opportunity to earn money when they like, how they like. But, of course, there was a catch.

To be fair, it’s difficult to calculate “Uber salaries” because Uber isn’t an employer. Through use of its app, Uber gives drivers a technological solution to finding “riders,” and then charges them a commission for the privilege.

Salmon and Singer took $90,000 and broke it down by factoring in taxation, vehicle cost (Uber doesn’t supply a car), typical hourly rates, vacation time, and general expenses like gas and car insurance. Their esitmates for Uber drivers’ take-home pay? Between $30,000 and $70,000. In other words: Most Uber drivers likely earn substantially less than $90,000.

There are three basic types of Uber drivers: Full-time drivers, who work regular straight shifts that add up to about 40 to 50 hours per week; part-time drivers, who often work the weekends; and what we’ll call “smart” drivers—the ones that pack in the hours during the most lucrative times.

A “smart” driver only works during the best hours (mornings and late evenings). He tries to get in all the airport runs he can (because airport fares are better than average hauls, and usually come in twos: one there, another back). And he works “surge hours”—the times when Uber multiplies pricing during high demand (for example, the night of New Year’s Eve, during a hurricane, anytime it’s raining.)

Speaking to the Dot, a “smart” driver from San Francisco, who asked to remain anonymous, estimates he earns about $350 per day, after Uber takes its cut. This means a before-tax figure of $100,800 per year—even higher than Uber’s median number, and clearly a generous income.

This level of earning comes at a cost. The “smart” driver we spoke says he works “normal hours”—which turns out to be around 12 hours a day, six days a week. For those of you counting, that 72 hours a week, which works out to about $29 an hour.

In its estimations, Uber told Salmon that drivers who earn $90,000 are required to work more than 40 hours per week—they just didn’t say how many more than 40. If the best a “smart” driver can take home is $29 per hour, he’d have to work about a 60-hour week to bring home Uber’s $90,000. For a “smart” driver to earn $150,000 would take a 96-hour working week, a pace few people could reasonably maintain for a month let alone an entire year.

The outlook is slightly poorer for regular full-time Uber drivers, who work regular hours. If they aren’t hitting this same peak times and getting airport runs—in other words, if they have to do a 9-5 job in order to fit in time for a family and social life—than they’re likely to earn around $20 to $25 per hour, according to self-reporting drivers, including driver advocate and Uber critic Ramzi Rayan who heads up the The Drivers’ Network. That comes to $52,000 a year, which is also the figure reported by drivers, according to Rayan.

Not a bad take—but also not $90,000. It’s also not a hugely different hourly rate compared to the “smart” driver, who mostly just works more hours.

Correction: An earlier version of this article incorrectly described the defintion of “median.” We regret the error.

Photo via Tribute/ Homenaje/Flickr (CC BY 2.0)